Saved by my hat!

Remember when it did nothing but rain? We were on the second day of our trip from Birmingham to Milton Keynes when I had a rather spectacular falling off from my bicycle (no, I didn't fall in the canal).

I was lock wheeling down the Lapworth Locks on the north Stratford Canal at the time.

You know how some paths, towpaths included, have a strip of crushed stone or gravel bounded by wooden battens? And how, sometimes, the gravel or grass settles such that the wood is left slightly proud of its surroundings? And how rain which has fallen for weeks on end tends to soak into the wood to make it slippery?

My front wheel came upon this greasy wood at a shallow angle and decided, against my will, that it would prefer to follow rather than cross, taking away my control over the steering. 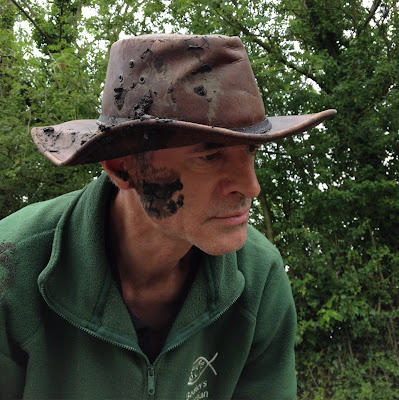 Result: I suddenly found myself flying through the air in front of, and to one side of, my bike. I had a surprisingly soft landing, which was explained in part by the rather crushed appearance of my hat. 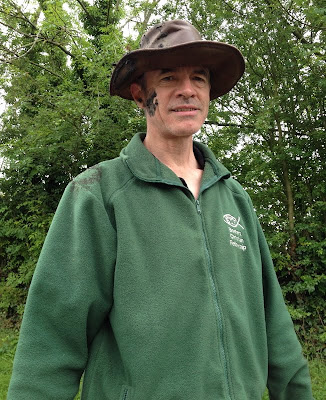 Another factor was the abundance of squidgy mud which helped cushion the impact. 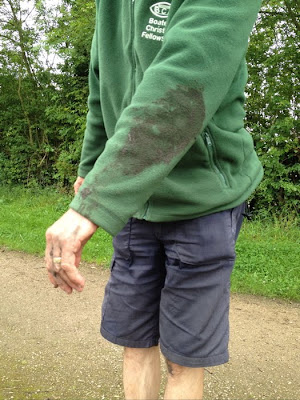 I was fortunate to land on the (muddy) grass verge. To one side was the gravel path; to the other was a ditch. My injuries were slight: some bruising to my upper leg where my pocketful of keys pressed hard; and a small scratch on my knee.

The bike was fine, and the hat has more or less recovered. As for the beauty treatment - I didn't need it, so I washed it off. I think I've now got the mud out of my ear as well.
Posted by Halfie at 23:20

oh dear! bad luck on the fall, good luck the hat was on! Candy

Looks like a wrong tyre choice to me, go for full wet's next time.

Just goes to show. The wearing of silly hats when cccycling should be compulsory!

Candy and Sue, thanks for your concern. I'm fine now, although my leg hurt for a day or so!

Ray, are those the prime tyres or options?

Jim, I usually wear a proper cycle helmet on the road, but that would look even sillier on the towpath!(And your keyboard appears to have developed a stammer.)

Thats not a sstammer on the kkeyboard - Its Jim laughing as he types...Seriously, glad you avoided serious injury.

Been there, seen it, done it...got the muddy t-shirt! Towpath GUC HP4