Jan and I recently went to Essex to help celebrate her parents' 70th wedding anniversary. There were ten of us in the lunch party at a the Ivy Hill hotel in Margaretting. 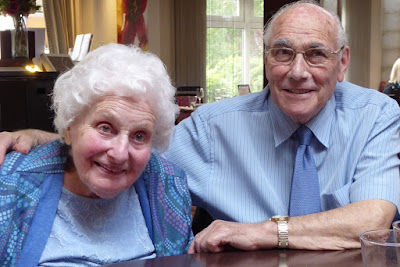 This was their wedding day in 1946. They had got engaged during the war; Dad had been posted to the Far East for three years, but then the war ended and he was back after three months. 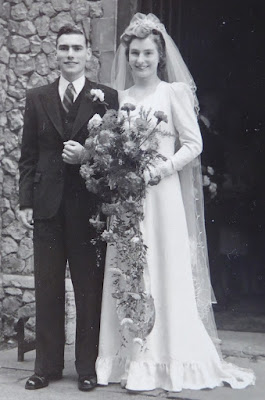 HM The Queen sent her congratulations. 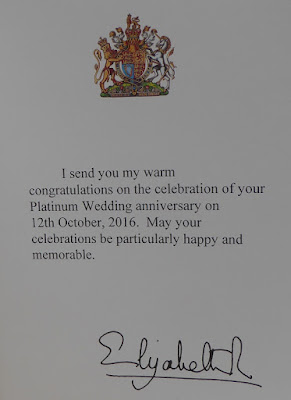 It's been some time since my last blog post, so here's an update. Last Wednesday, 5th October, we took the boat out of the marina and cruised gently a mile or so down to The Galleon where Jan had a BCF committee meeting.

This is just below Cosgrove Lock looking towards the iron trunk aqueduct. 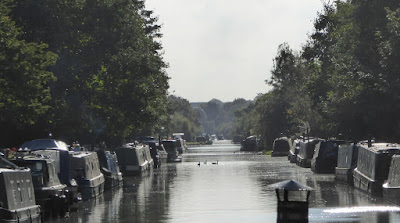 We had plenty of sunshine but it got cold enough in the evenings for the stove to be lit (hooray!) I'm using up some of the logs I chopped up in April; when they've gone we'll burn coal when we need to. We have a stash of split ash logs but I'd like to season them before burning. (Salt and pepper to taste ...?)

We saw some of Josiah (and Ally and Ben) while we were here. As we were just about to leave the 48 hour moorings on Friday we saw Wendy and Robert on Gerty who had just come down to wind. They stopped and came aboard for coffee; it was good to catch up and share our news. We last (and first) saw them at Etruria in June. 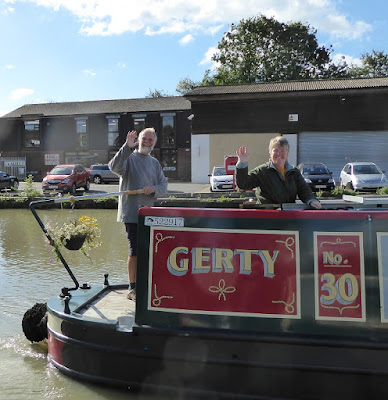 No rope on their tiller arm, oh no. A hanging basket for them! 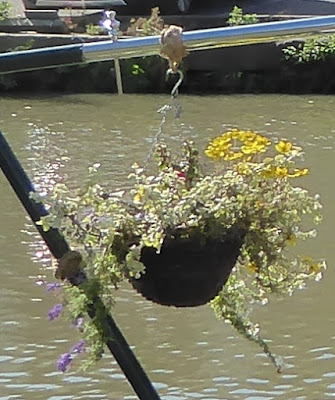 They were heading for Ely; we're planning to do the eastern waterways some time, perhaps in 2018. 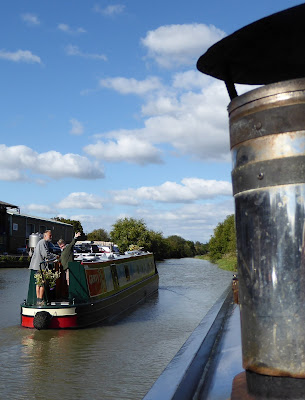 We reversed back to a nice bit of bank where we could knock the pins in and stay a bit longer; we had to go the next day. I did some rust removal and painting on the cabin top and below the front doors. I also sealed round the chimney collar with silicone. Back at the marina we loaded up the car, drained the water from the shower hose, left a fan heater on a low setting and locked up. That's it until - ooh - next month, when we'll be using Jubilee as a stopover as we go to South Normanton for the BCF AGM.