Is it really almost a week since the Crick Show? Time behaved strangely last week. I'll get on to that in a bit. First, while we were still at our mooring on the piling just south of the winding hole, Nutfield and Raymond came by. 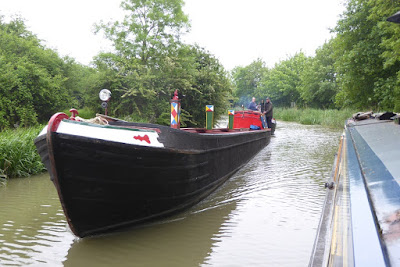 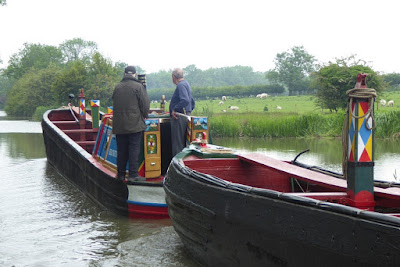 For quite a while after they had passed I could hear Nutfield's engine as it rounded the long bend to Yelvertoft. 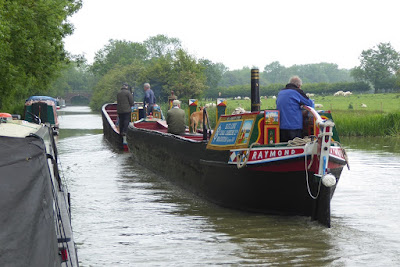 On the Tuesday after the show we drove to Wolverton to help daughter Ally, son-in-law Ben and grandson Josiah move house. This was one vanful, with the family and their removal man, on Wednesday, moving day. 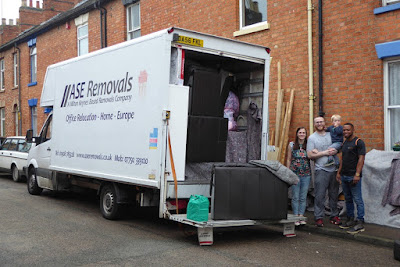 With the van gone to the new house Ben and Josiah drove away from their old house for the last time. Theirs was the one with the ladder outside. 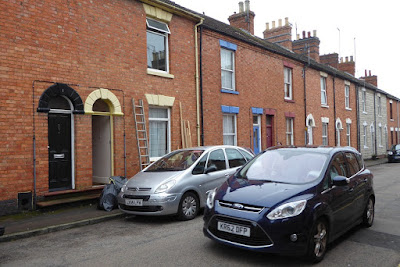 And here's the new house, a dozen miles away in Cranfield. Sadly from our point of view it's not close to the canal, but it's a lovely house and they are very pleased to be in it at last. 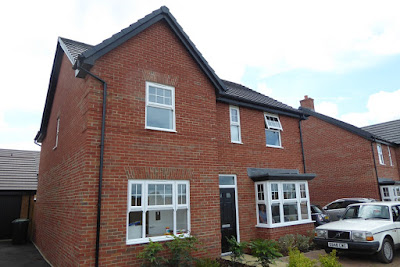 The break from boaty things to help with the move was why the time went strangely. Now we're back on board Jubilee.

Yesterday afternoon we were invited to fellow BCFers (and Waterways Chaplains) Bob and Jan on The Barocha for tea and cake; this morning, after the 0945 service in St. Margaret's Church, we returned the invitation and shared coffee and biscuits. Now we have moved south through Crick Tunnel and tied up between the railway bridge and Bridge 9. And there's a decent mobile data signal at last.
Posted by Halfie at 18:24 2 comments: