Fun and games at the BCF barbecue weekend

Jan and I drove to the Trent and Mersey Canal in Staffordshire yesterday to join some other members of the Boaters' Christian Fellowship for a weekend of, well, fellowship. Thanks to Peter and Julie Thorn for hosting. We arrived to a great cheer, which, we quickly discovered, hadn't actually been intended for us. We acknowledged it, however, as we walked in to the marquee. The first event for us was a very welcome barbecue with loads of food.

After that came the fun and games.

David and Sue Botham had organised a series of challenges which included seeing how close to a mooring pin you could throw the end of a rope. Andrew Spolton showed us how to do it. 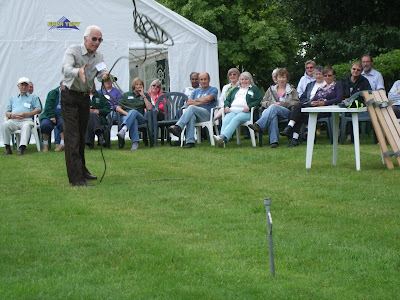 Exactly how close was measured in feet and inches by David. 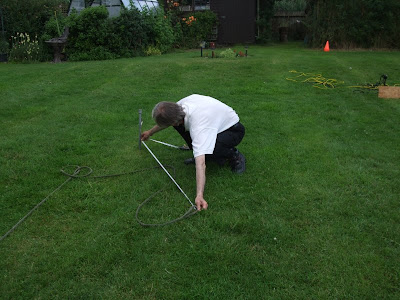 Another challenge was to try to get a horseshoe as close as possible to the pin. This is Jan having a go. 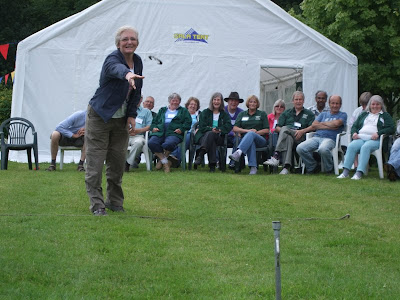 And then there was the grass skiing. Two planks of wood, each with two foot holds, for two people to coordinate themselves sufficiently well to be able to navigate a route in the garden. 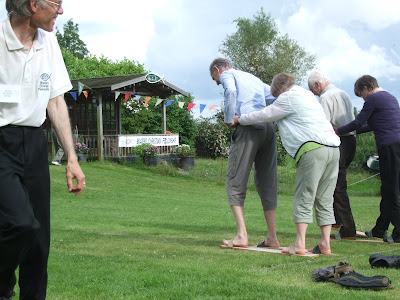 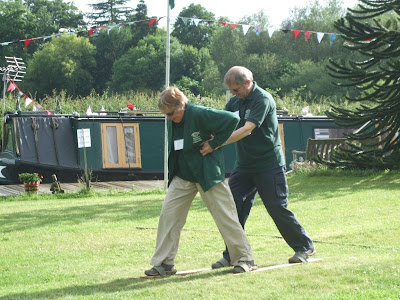 As they rounded the narrowboat bush one of the footholds gave way, and they ended up in a heap on the ground. Unfortunately Hazel twisted her foot, but I believe it's now getting better. 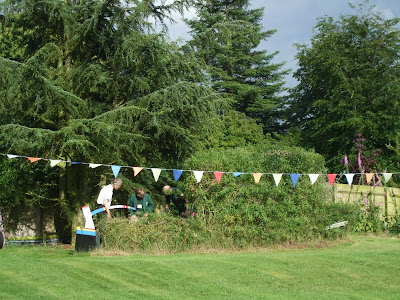 There were about fifty of us yesterday, dwindling to about thirty today. After a communion service in the marquee this morning we arranged ourselves for a group photo. This is my hurried self-timed attempt (sorry David, you've been cut off!) 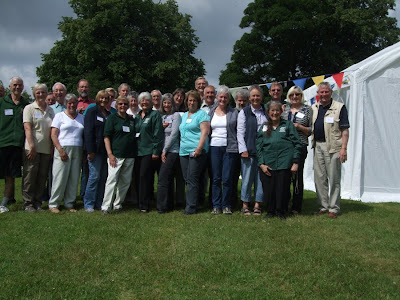 The weather has been a mix of sunshine and showers - the marquee has been invaluable!
Posted by Halfie at 16:22

I keep wondering if you will run across my brother, Chris and his wife, Diana, at one of these Boaters' Christian Fellowship meetings. I wouldn't be surprised.