Exceptionally muddy towpath on the Braunston flight, and Ben fashions a staff

The first thing to note is that it DID NOT RAIN today!

I had intended to leave Braunston earlier than 0920 - really - but as we were so close to a water point it made sense to top up. And empty the Elsan. It did mean, though, that we shared most of the Braunston locks with Herbie, crewed by Neil and Kath with Rick and Marilyn. 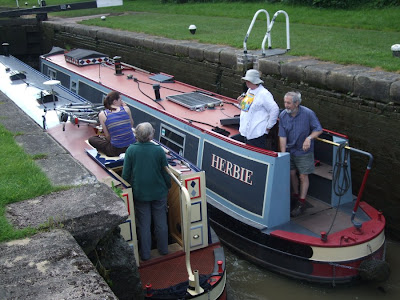 Between some of the locks it was necessary to get back on board, as there seemed to be almost more water on the towpath than in the cut. And mud. And we weren't wearing wetsuits and wellingtons. 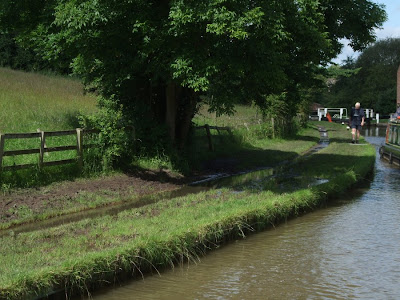 As we entered Braunston Tunnel Herbie was several boat lengths behind. In the tunnel we could see Herbie's light behind us, but then it disappeared. I hope it was just that they were going slower than us and the mist obscured them, and that they didn't have a problem.

On the other side of the tunnel Ben spotted some straight branches felled on the bank, so we let him off to select a good one.

Back on board Ben spent some happy hours whittling away to make a staff... 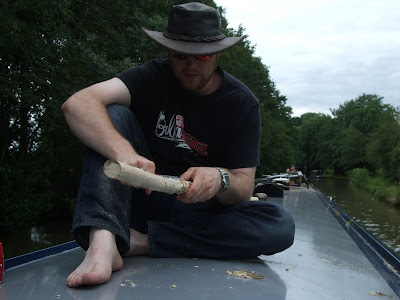 ... which he tested out on the towpath. 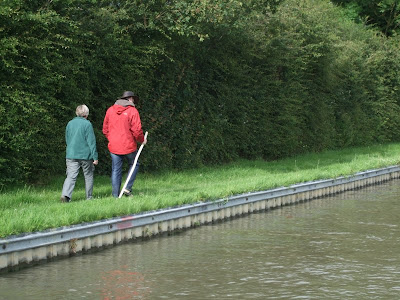 On the way he and Jan encountered a boater using a chainsaw to fashion things out of wood. Ben was pleased to receive a compliment on the staff! 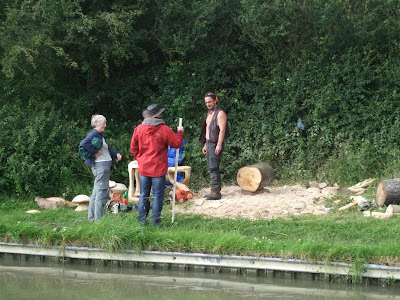 We are now at Stoke Bruerne, ready for the final leg of the journey tomorrow.

edited to correct typo
Posted by Halfie at 23:50

Yes we did have a problem! Our tunnel light stopped working. But we used some torches and an old carriage lamp with a candle in it (red on one side) mainly so we could be seen. It was difficult but we managed, just!
It was ood to have a look at Jubilee, she's a smart boat.
Kath(nb Herbie)

Oh no! I'm not sure what we could have done. Should we have held back so we were closer together? Would that have helped?