We were up early this morning to see the Olympic Flame paraded around a nearby school playing field at 6.30 am. Proudly holding the lantern aloft is Shane Hull, the chairman of the village Olympic Committee. When I interviewed him for BBC Look East afterwards, he told me that he had felt like he was floating on air. 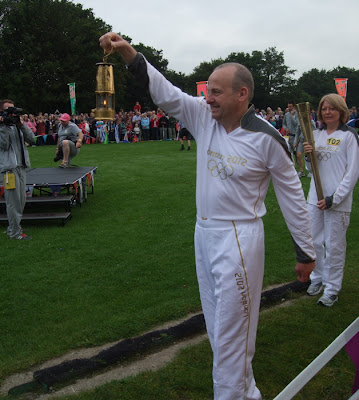 There were a couple of torches there too, unlit, and Jan managed to get her picture taken while holding one. A few days ago Ally posted on Facebook a photo of her holding one. I don't suppose Andrew has been anywhere near the things. 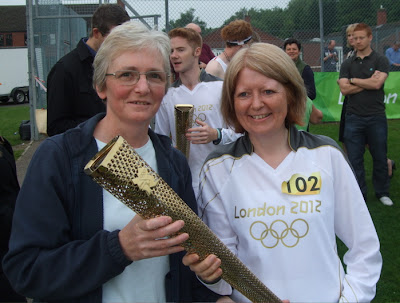 I've been editing torch stuff all week - I'll be glad when the flaming thing leaves the East region.
Posted by Halfie at 23:59