Ally and Ben are now live-aboards

Amidst all the rush of getting the house in Birmingham ready for the new tenants I omitted to mark the fact that Ally and Ben had moved onto Jubilee. Yes, somehow they have slipped under the radar and beaten me to my dream of living aboard - er, I mean extended cruising (Jan's reading this!)

Here's Jubilee with my feeble attempt at putting up the bunting for the Queen's Diamond Jubilee (if you look hard you might just be able to spot it). 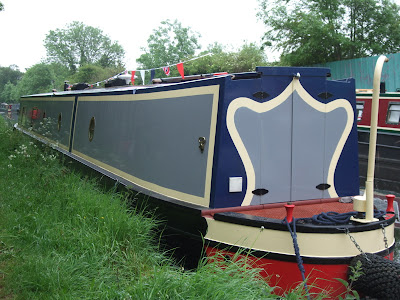 I really must get the name signwritten - that rear panel looks awfully bare. Tenders invited!

And here are Ben and Ally just setting off with one of the last vanloads from the house... 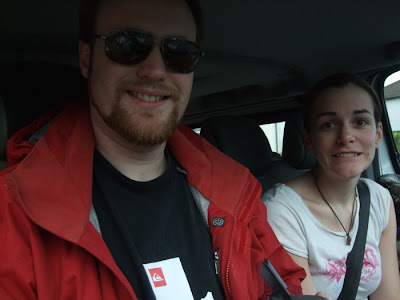 ... the one on the left with the slightly redder brickwork. 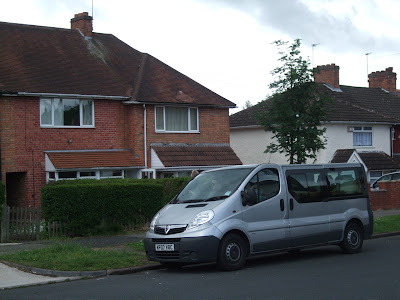 Back to the boat: I had intended to take a photo of the ceremonial handing over of keys, but owing to the aforementioned rush this didn't happen. Indeed, I even forgot to give them my own set of keys, and had to post them to them (they did have one set, so they weren't in difficulty).

A phone call this evening let me know of their progress - they've left the vicinity of Lyons Boatyard and are now cruising the loops in Birmingham, or they were. Let's hope they tied up before dark!
Posted by Halfie at 23:15