Under the canal under the railway under the motorway

A couple of days ago I described how we crossed on the Stewart Aqueduct the Birmingham New Main Line - having just passed under a railway line - the whole lot under the M5 motorway. 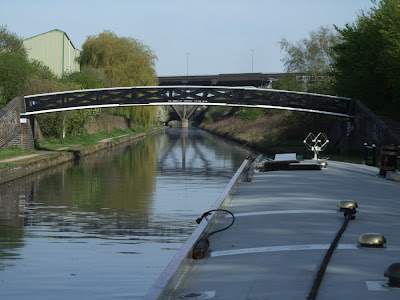 Now, an hour later, we passed under the same aqueduct, after a cast iron footbridge. This one marked not "Toll End Works" as so many round here are, but "The Horseley Company Tipton 1848." 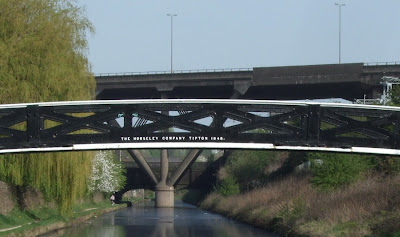 The Stewart Aqueduct can be seen just beyond the rather functional motorway support. 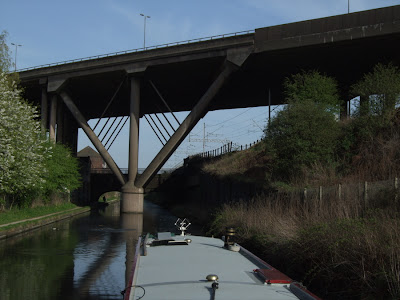 The masonry aqueduct doesn't manage to span the New Main Line in one go, but puts a foot down in the middle. This is looking back after we'd been through one of the arches. 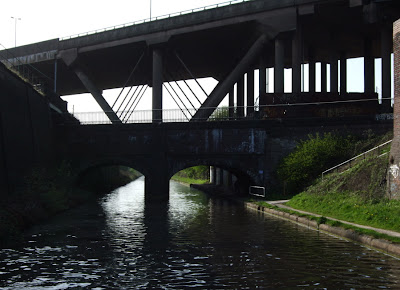