A leaky Wootton Wawen aqueduct and a tease 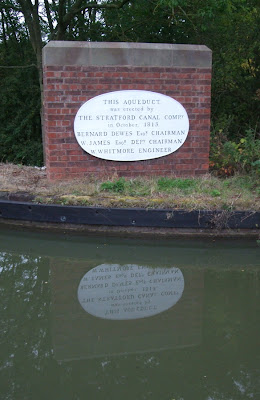 Nothing much to report on this leg of David's Evesham to Wigram's Turn trip. But I'll share some of the few photos I took. First we crossed Wootton Wawen Aqueduct. 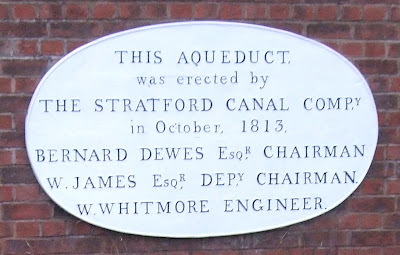 This was leaking slightly from its drain tube. 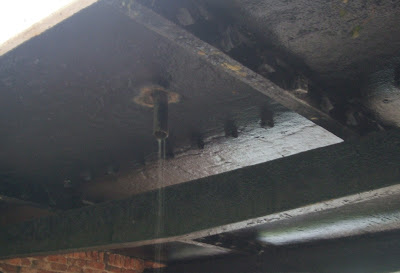 We soon reached Preston Bagot with its awkward narrows just before the bottom lock. You're supposed to check your way is clear before entering, but the sign isn't easy to spot until it's too late. 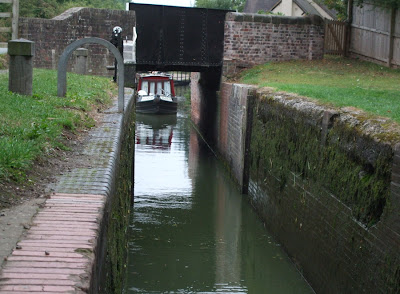 On the home front Ben and Ally look likely next year to move to Milton Keynes, where Ben has been offered a job. This could have a very interesting implication, but I'm saying no more at the moment! Ally was born in MK but we moved to Norfolk before her second birthday, so she claims to remember nothing of the place.
Posted by Halfie at 12:00

Could this implication have anything to do with canals and narrowboats?