Sometimes, just sometimes, I take a photograph and, when I look back at it, I find that the exposure has been just right. My camera is a "point, shoot and hope for the best" compact (now with a permanent piece of detritus in the lens assembly which degrades the right side of the picture). 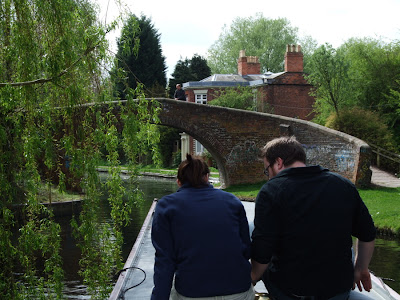 I like the contrast in this picture, and that's in the technical sense of the blacks being black and the whites being white.

And, for contrast (the other sense), here's the same scene nine seconds later. Overexposed, minus the weeping willow, and generally much less interesting. 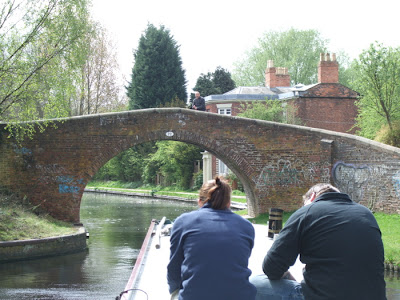 Just under the bridge we turned left from the Worcester and Birmingham onto the Stratford Canal.
Posted by Halfie at 17:01

It looks lovely anyway, but I agree..the first photo is much more striking.