Welford-on-Avon, where even the garages are thatched

From Bidford we continued upstream, negotiating two locks before coming to W. A. Cadbury Lock. Here we encountered a pair of volunteer lock keepers. According to a sign we'd seen earlier, the Avon Navigation Trust provides volunteers on Sundays to help at locks. It's a shame they don't appear to provide training. Our "assistants" whacked up the paddles as soon as we'd shut the bottom gates, barely giving us time to get a rope round a bollard. The boat, consequently, was thrown around a bit, but no damage was done. The weir stream runs between the lock and the village of Welford-on-Avon, so we tied up at the edge of a field just above the weir for a look round. 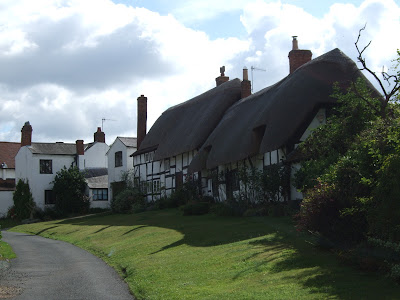 Welford is chocolate-box pretty, with plenty of immaculate thatch. 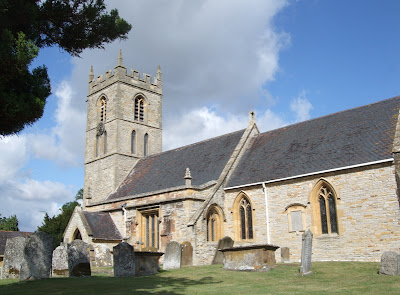 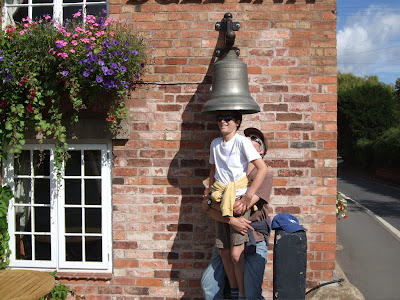 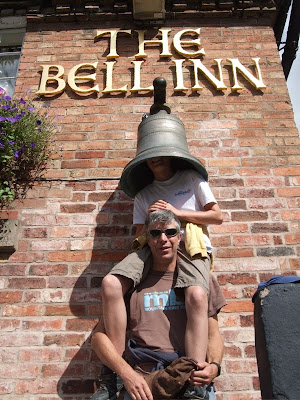 This wasn't the only thatched garage! 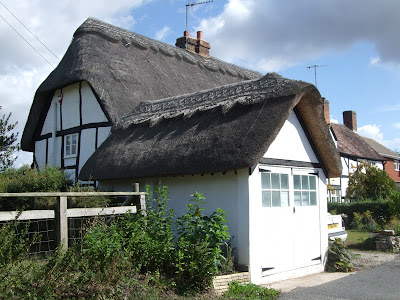 Then it was back to Shadow - still where we left it - for coffee'n'cruising in the nicely warm, dry and sunny end-of-August weather. 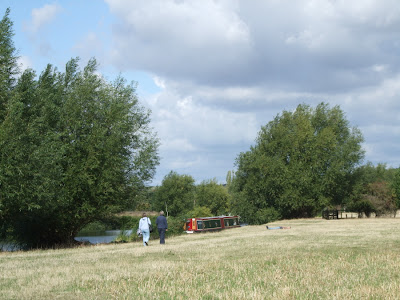