How many men does it take to fix a coffer dam?

How many men does it take to fix a coffer dam? 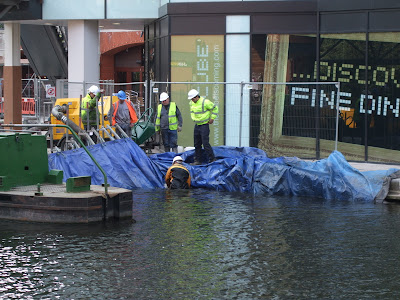 Five. One in the water and four watching. 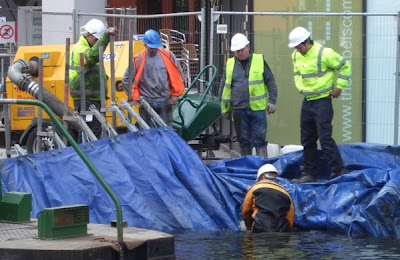 We'd just set off from the start of the Worcester and Birmingham Canal, round the corner from Holliday Wharf on day nine of our Easter cruise. We didn't have far to go as we would stop at Bridge 5 on the Stratford Canal, five minutes' walk from Ally and Ben's house. The coffer dam was by The Cube. Was the canal leaking into the cellar?

We stopped at the water point on Holliday Wharf, and then continued away from Birmingham. The canal and railway run alongside each other for a distance. 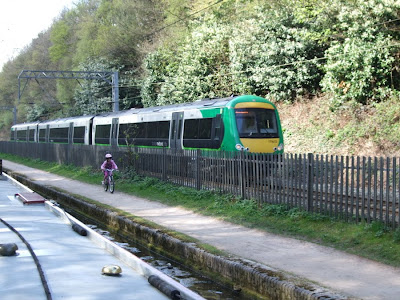 How does a big tarp like that stop a leak? Does it get sucked into the hole?

The plastic sheeting is held against a pallisade of angled poles. I wasn't necessarily being entirely serious about the cellar! I'll do another post about the coffer dam some time.

Aha, but what are they for anyway? I think I'd better post this question later too. Back to the next post!