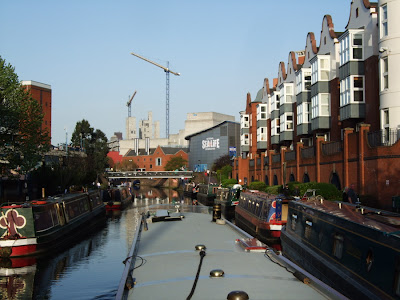 And so, at last, we arrived in the centre of sunny Birmingham at about half-past six in the evening. The tenth of April had been one of the best cruising days ever. 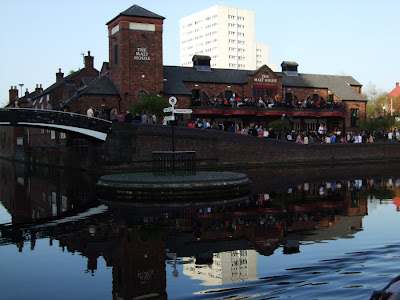 The city was teeming with people, but few seemed to take an interest in us. I suppose it's all become rather commonplace to the locals. 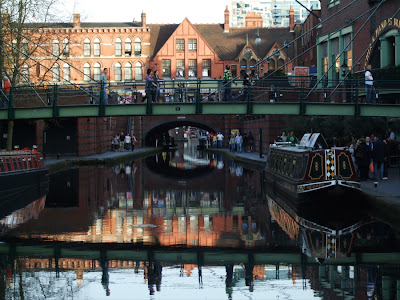 We tied up in our favourite place beyond Worcester Bar, just before Holliday Wharf. Then we had a barbecue on the towpath, in a spot where no-one walked. 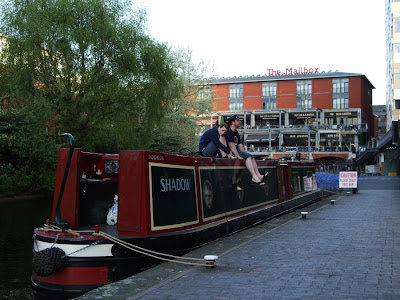 That's Ally and Ben sitting on top.
Posted by Halfie at 10:00

I would never have envisaged the centre of Brum could be so charming.