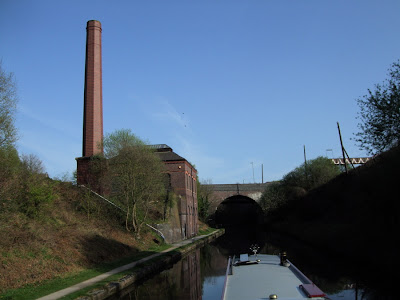 I've skipped a few bridges - and the Galton Tunnel - to come to Smethwick New Pumping Station. Well, it was new in 1892, when it was built to replace the original Smethwick Pumping Station which pumped water back up to the Old Main Line summit level.

It's a pity a tree has been allowed to grow obscuring the view. 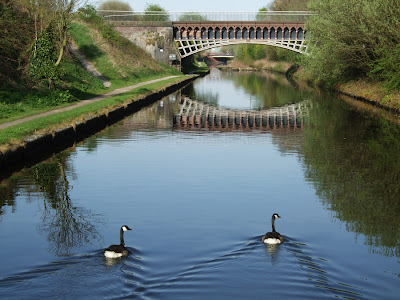 Shortly after this we passed under Telford's Engine Arm Aqueduct. Just a stunning bit of canal architecture. 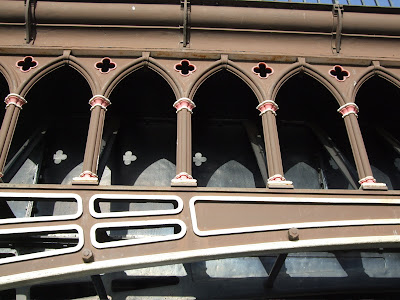 Immediately beyond the aqueduct is a gauging island where boats' displacement could be checked against a record of their unladen displacement, the tonnage calculated, and the right toll charged. 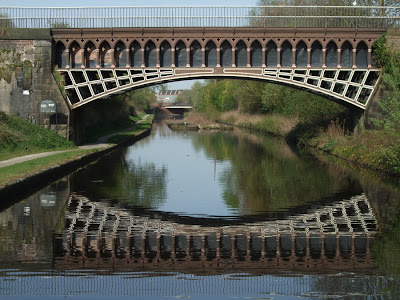 Beautiful structures in both pictures, Halfie, and lovely shots too. The reflection in the water under the aqueduct positively shimmers. It really is a gorgeous piece of engineering isn't it?