No, I haven't abandoned the write-up of our April cruise, but I thought I'd quickly whizz through the trip we've just done. We were crewing for David, Penny and Fergus on their week. David had arranged a remote handover from the previous owner's week. This took place at Evesham Marina where, conveniently, we could get the car right up to the boat. It would have been even more convenient had Shadow been against the bank! 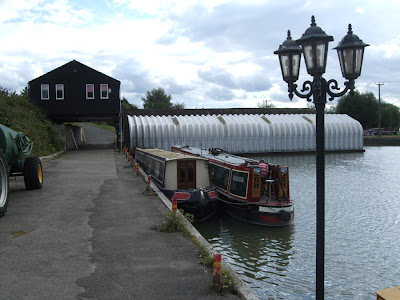 After a car shuffle where both our and David's car ended up at Wigram's Turn Marina, where this trip would end, we were ready for the off at about 1730.

The last time we did the Avon was in the early 1980s when we moved a boat from Tewkesbury to Cowroast Marina, and I could remember very little from then, especially on this Upper Avon Navigation bit.

This lock could have only just been built as it's dated 1982. Back then the name Robert Aickman would have meant little to me. 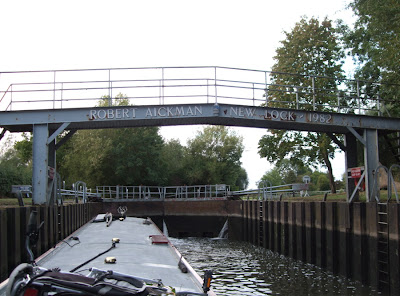 At the lock there's a memorial to the co-founder (with Tom Rolt) of the Inland Waterways Association. 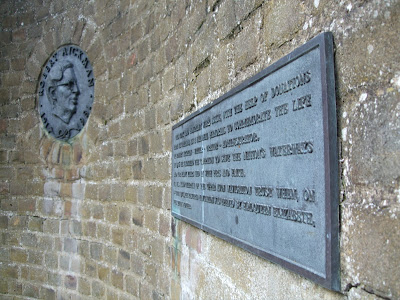 I was expecting to find a better image of the plaque - so I could re-read what it says - but my search on the internet has been fruitless. 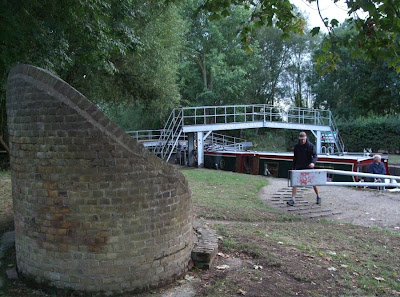 There must have been a fair current flowing as it took longer than anticipated to get to Bidford-on-Avon, our planned destination for the night. In the failing light we managed to tie up to a mooring, but found that there was no way to the road. In the darkness we'd not spotted that the mooring was private. So we went a little further upstream and found the proper visitor moorings on the left bank (i.e. on our right). We followed the instruction to tie up to the rings. These were free to move up (or down) flood poles, but the river was not in flood (or we wouldn't have been on it!) 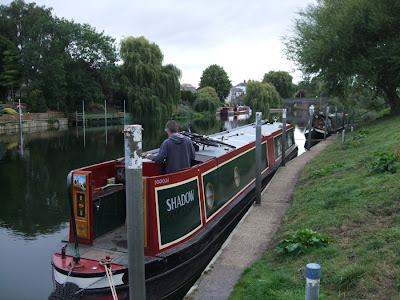 I took the above picture the next morning (you wouldn't have seen much immediately after we'd tied up!) That night we found the Balti Hut and had an excellent curry. The place was packed, but we managed to get a table almost straight away.

Hey - I've just looked up their website - and seen that we missed out on a couple of free bottles of wine!
Posted by Halfie at 10:00