On our journey towards Stratford-on-Avon we crossed three notable aqueducts, short, medium and long, in that order. First was Yarningale Aqueduct, crossing a stream immediately before Bucket Lock. 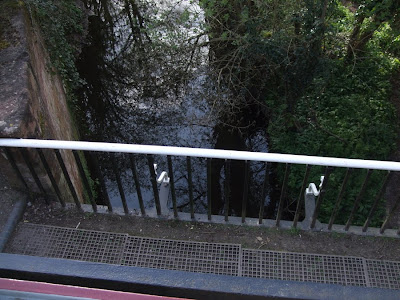 It looks like Jan is working the lock. Unusual, as I normally do the paddles and gates while Jan steers. And here's another barrel-roofed lock cottage. 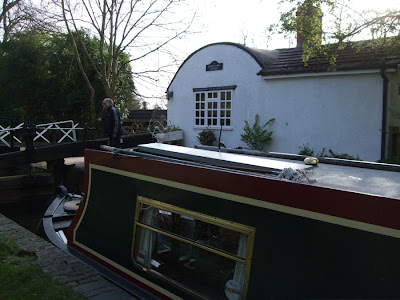 Want an example of a leaky top gate? Here it is. In the background is the iron trough aqueduct. The towpath, as on the other aqueducts at Wootton Wawen and Edstone, runs at low level alongside the trough. 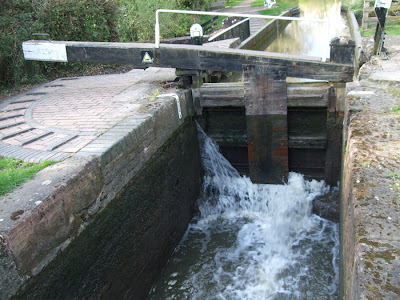