It was the smell of a cold towpath where smoke lazes from moored boats' chimneys mixed with the oily heat of a steam railway. And it was in the incongruous setting of Millennium Plain, between The Forum and St. Peter Mancroft church in the centre of Norwich. 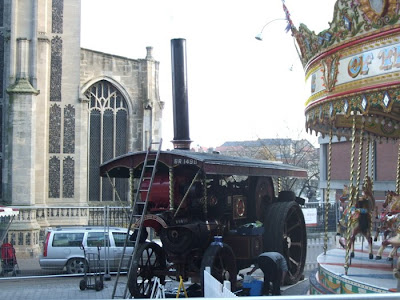 A traction - or showman's - engine was being fired up next to old-fashioned gallopers as an attraction for Christmas shoppers. The smell was delicious. 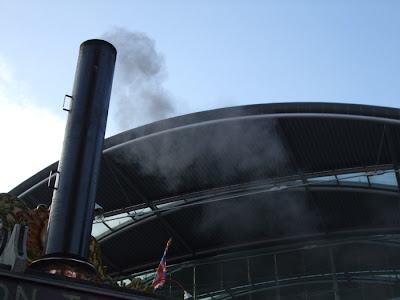 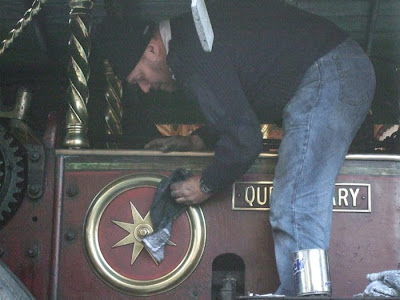 One plaque (not photographed) indicated that it's now based in Oxford. The writing behind the driver's legs reads "Queen Mary".
Posted by Halfie at 23:30