Just a quickie tonight to say that I responded to a request in the latest IWA newsletter. They wanted photos for their 2011 calendar, so I sent ten recent ones from various boat trips. Initially I sent the full sized photos, but they bounced back. Presumably the inbox of the person I had to send them to has a limit on how much data it can accept in one go.

We'll see if any get used. 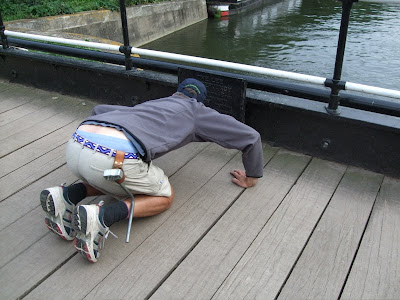 Here's one I didn't send! It's David peering at a cast iron weight restriction notice on the bridge at the tail of Fielde's Weir Lock on the Lee Navigation.

It looks similar to this one on the swing bridge over Stanstead Lock, the next one upstream. 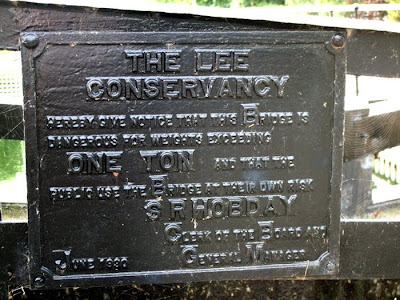