We had a handy lift down to Cranfield today for our grandson Micah's first birthday party. His dad, Ben, made a splendid aeroplane cake for him. 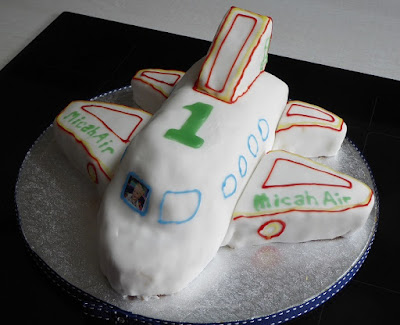 The birthday boy himself was more interested in the Wendy house. 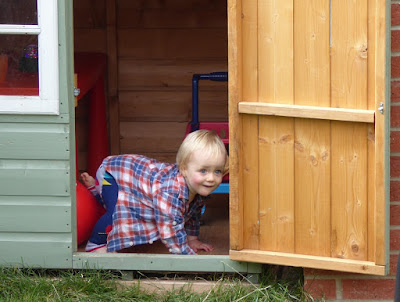 We helped his brother, Josiah, pull up a carrot he had sown. 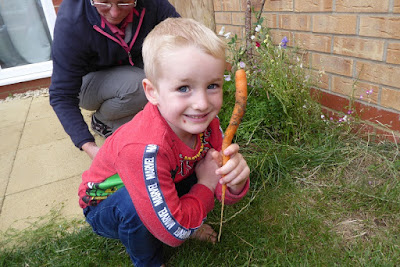 Ally and Ben had invited lots of people to the celebration; we all had a good time. Unlike my phone. I tried to install an update on my iPhone 4S - an update which I had been putting off until I had a wifi connection - which killed the phone. Most annoying. Fortunately Ben helped me put its SIM card into the phone we use for Waterway Routes, so at least I can make and receive calls and text messages, but I need to install things such as WhatsApp and my railcard. That will have to wait for another wifi connection.
Posted by Halfie at 23:59