Is this a boat counter? (As in counter of boats)

On our way to Birmingham this morning I put a topcoat on the well deck. I had applied the primer a couple of nights ago so it had had plenty of time to harden. I've used a cheapo topcoat as a temporary protective measure; we'll see how long it lasts. It's certainly looking a lot better then the rusted, pitted surface it's covering. I doesn't seem to have suffered from the rain which came this afternoon, about four hours after I had finished. 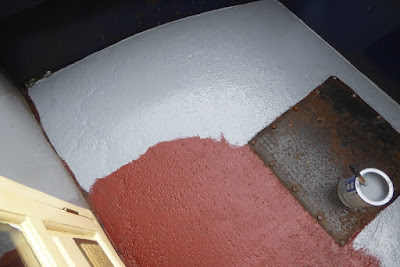 We had a peaceful passage along the Old Main Line, the only incident of note being a moorhen's nest (we think) getting round the prop. There were a lot of quills - when I opened the weed hatch I thought it was a dead peacock.

I was pleased with this photo - very different from Telford's New Main Line. 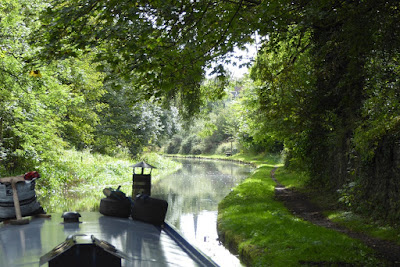 At one point fixed to the bank close to the water were a couple of low metal boxes, one each side of the canal, with apertures for what looked like an optical sensor. Is this a boat counting device? 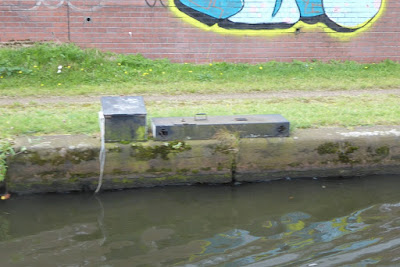 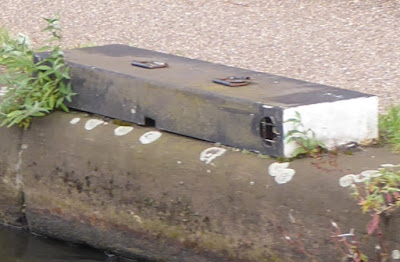 The centre of Brum looks very different from the last time we looked round. Tram tracks have appeared coming close to the Symphony Hall. It will look very smart when it's finished. 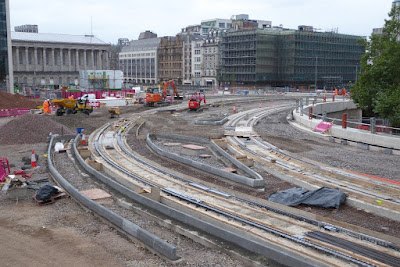