A tunnel that wasn't, and one that was (although currently unnavigable)

It was good to see the toll house at King's Norton Junction being renovated after the fire a year or so ago. 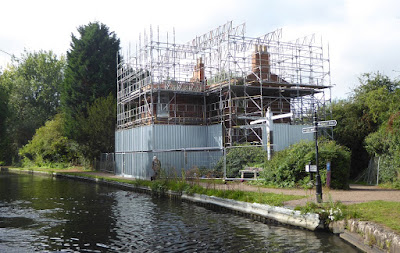 On the Worcester and Birmingham Canal and heading into Birmingham there was a new building awaiting us. It looked as though it was built right over the canal with a tunnel for boats... 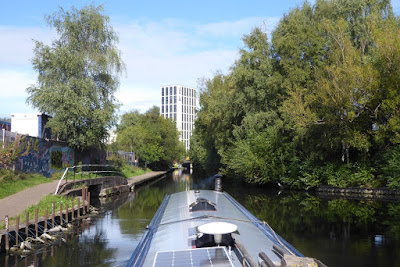 … but when we got there we found the building - part of the University of Birmingham and seemingly called Unite Students - was just to the west of the canal. 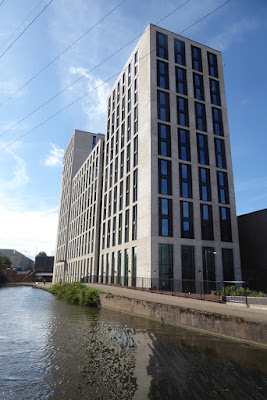 The only tunnel was that built to accommodate the proposed restoration (and re-routing) of the Dudley No. 2 Canal. This used to run from very near here at Selly Oak to Hawne Basin via the (now collapsed) Lapal Tunnel. If the restoration succeeds it is likely that the new canal will be known as the Lapal Canal. 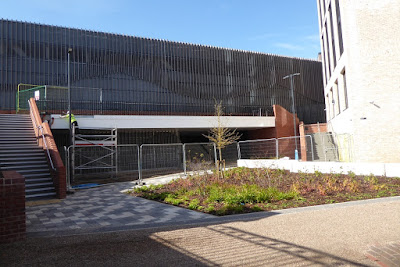 The (short) tunnel is directly behind the slender tree in the photo above.

We stopped just round the corner from Holliday Wharf and walked to the Apple store. Here my phone was looked at but they couldn't do anything to make it work again. Grr. I discovered there that none of my contacts has been backed up in something called iCloud. Double grr. I am therefore now having to use my old Nokia PAYG, with no e-mail or WhatsApp. Even text messages cost money.

After lunch we continued our journey to Windmill End for the Black Country Boating Festival this weekend. At the toll island on the Birmingham Canal New Main Line, just before the Engine Arm Aqueduct, we found that it has been taken over by a nascent beech forest. It gave the side of the boat a good rubbing. 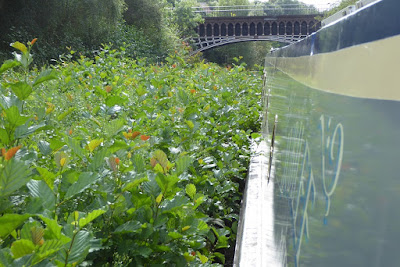 A little later, on a bridge high over the canal, a heron perched. 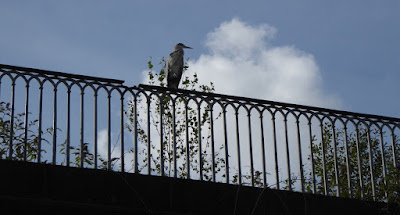 Who can identify the bridge for me?

We turned left at Dudley Port Junction and took about 35 minutes to get through Netherton Tunnel. The sign at the entrance suggests that passage should take approximately 56 minutes (sic). Really? Perhaps I misread the sign. We are now at the site of the BCBF and will get stuck in - helping with the setup - tomorrow.
Posted by Halfie at 22:26