Car update, train frustration and a brother on a boat 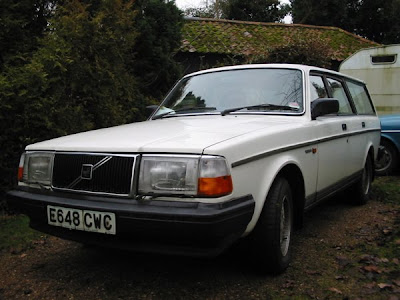 First a Volvo update. Over three weeks ago the 240 conked out while Jan was driving, leaving her stranded on a dual carriageway with no hard shoulder. The fault was quickly diagnosed as a lack of HT, and we eventually got the car recovered to our driveway. Then work, poor weather and Christmas intervened.

Today, at last, I isolated the fault to the coil. I was able to replace this with a spare which I'd picked up from Amazonia just before Christmas. I replaced the plugs while my hands were dirty, attempted to seal up a split vacuum hose, and started it up. Now the car seems to be running smoothly again. Now it just needs an MOT ...

David and Fergus have gone up to Tattenhall to spend a few days on Shadow. There wasn't too much ice in the marina, so they managed to get onto the cut. But they've been pootling not too far so that they could quickly return if ice threatened. 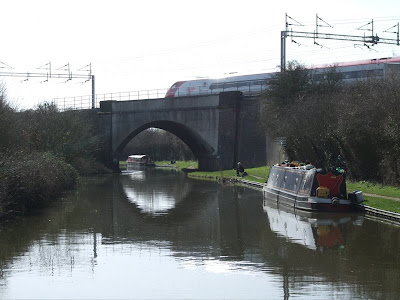 Last night I had a text message from David asking me to book them a train so they could return a day early. (All sorts of complications here: David had an almost flat phone and no charger. Neither did he have his BlackBerry.) I researched the options: the cheapest journey was first class (I know, it's crazy). I paid for the tickets and selected "collect from Fasticket machine". Ah. Problem. David needs my card to be able to collect the tickets from the machine. But he's in Chester and I'm in Norwich. I phoned Virgin Trains when I realised, and they just said, sorry, but that's how it is. Great. That's £70 down the drain. Or is it? David said he'd sort it out with the station staff. And, if necessary, get on the train without the tickets (but with the booking reference number) and argue his case on board. We'll see how he gets on.
Posted by Halfie at 22:21

Sounds like the expresiion "I shall prevail" is appropriate here! A heap of frustrations, the last of which I too have exerienced.