Fenced in, and boating today (probably)

As the houses and garages went up, so our view was gradually eroded. 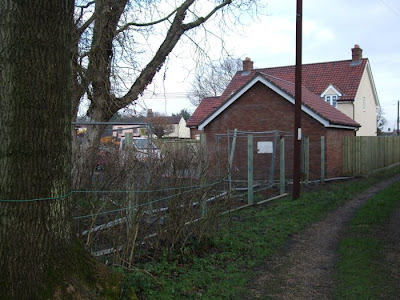 Four days ago a six-foot fence was erected, blocking the aspect altogether. I expect we'll get used to it, and I know we're still very fortunate to have what we have, but it makes me look forward to a time of extended cruising even more. 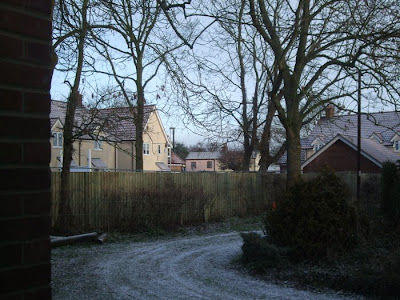 By the time you read this I should be on my way to NB Shadow at Stockton Top Marina on the Grand Union. I might even have arrived. Then, with my brother David as skipper, and his children Fergus and Florence as crew, we'll probably head towards Braunston, aiming for Watford Locks on the Leicester Section. Given that we'll not be slipping our mooring until lunchtime we'll not get as far as Watford, so we may stop at Braunston. I read that the Admiral Nelson was closing/closed. Shame - I've had some good beer there.
Posted by Halfie at 12:00