We left Crick at 0900 and were quickly among the ice floes again. 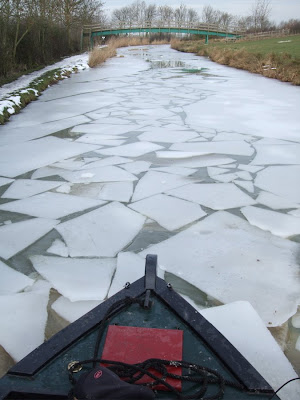 Inside, David cooked up a magnificent breakfast, but Fergus had other things on his mind. 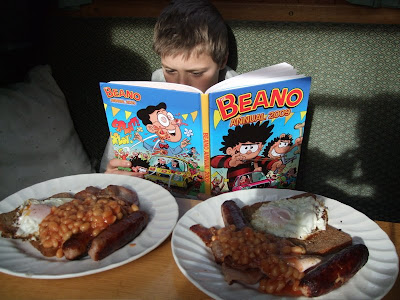 Then a spot of sunbathing to help the digestion. 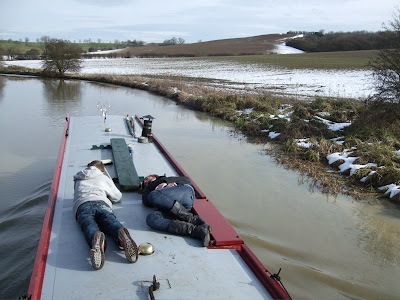 At 1400 we came to Welford Lock, having diverted along the Welford Arm. Despite the straggling snow it felt spring-like: warmth in the sun; and birds singing. 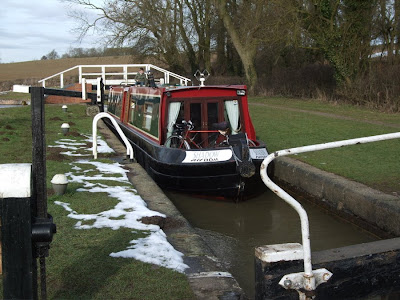 We walked into the village for provisions from the Post Office stores. The Harborough Mail was evidently struggling for Welford news. 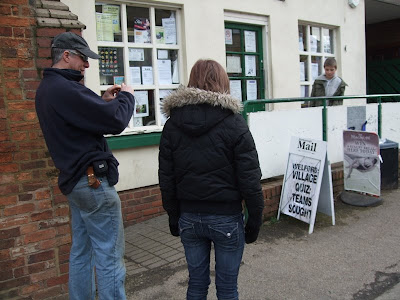 We didn't stay long in Welford as we wanted to make it to Husbands Bosworth before dark. We tied up just after the bridge after the tunnel and walked up to the Bell Inn, where there was a good "2 for 1" menu. I had a nice piece of rump steak. Much better than what would be served up two days later in another pub, but that's another story. The track leading up from the towpath was very muddy.

The Husbands Bosworth website has a good page of information on the Grand Union Canal. The bricks for the tunnel were made on-site, close to its east end. 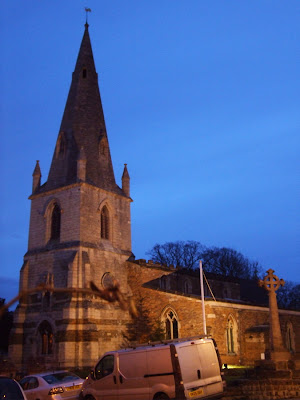 All Saints' Church, Husbands Bosworth
Posted by Halfie at 08:49