Crick to ... no, this is MUCH more important! 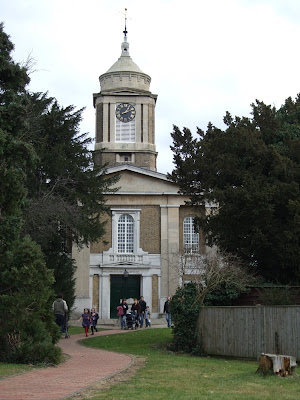 Yesterday our daughter was baptised in Egham parish church. It was a wonderful occasion: friends and family witnessing Ally's public acknowledgement of faith in God, the Father, Son and Holy Spirit, by being dunked in a specially constructed baptismal pool. Ally getting the soaking, that is, not the friends and family; and the miniature swimming pool wasn't built just for her, you understand. But I digress. Before getting wet Ally was invited to tell the church how she became a Christian. 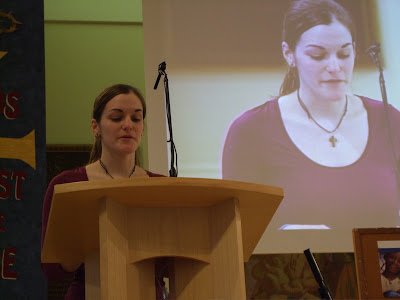 The actual baptism was straightford (straightbackward?): Ally followed the curate and a friend down a few steps into a coffin-shaped pool of warm water. She then turned so her back was towards the larger part of the pool; then allowed herself to be quickly lowered back first and raised again, the actual dunking taking a couple of seconds. 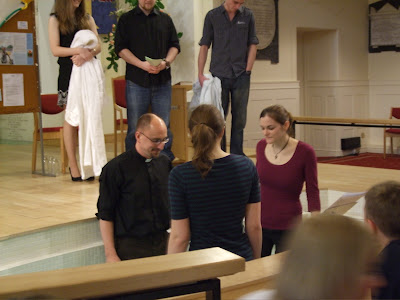 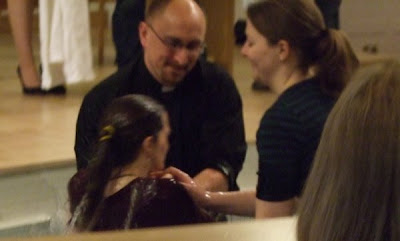 Then she went off into a vestry to get dried and changed while the rest of us sang a couple of hymns. I've just realised that the coffin shape is significant: in becoming a Christian one dies to one's former life. The raising out of the water signifies rebirth. It's all rather more graphic than infant baptism. 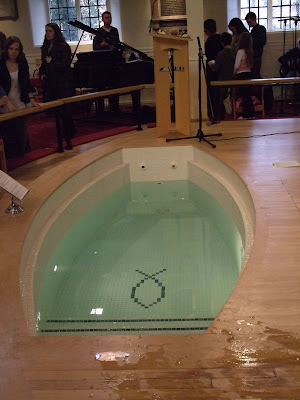 After the service the water is drained and a cover replaced over the pool. And 28 of us had lunch in The Fox and Hounds, Englefield Green, on the edge of Windsor Great Park. In a moment of inspiration - or insanity - I offered to foot the bill. I have to get used to spending money: Ally and Ben are getting married in the summer. 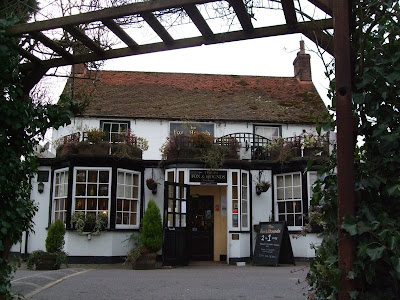 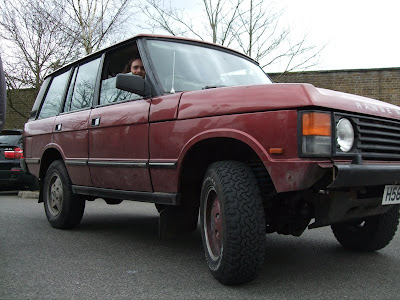 son Andrew has a few more horses under the bonnet of his new car... 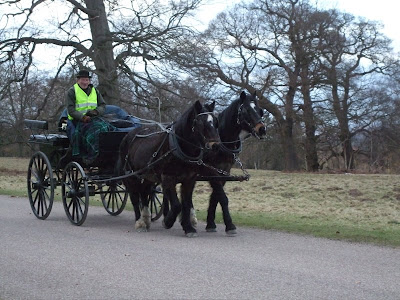 ... than in this scene in Windsor Great Park later in the afternoon
Posted by Halfie at 14:20

It was a wonderful occasion. MandD