The effects of wind

The main story today has been the wind. Trees were shedding leaves, twigs and bigger stuff. Mostly they were demonstrating their resilience by bending and not breaking. 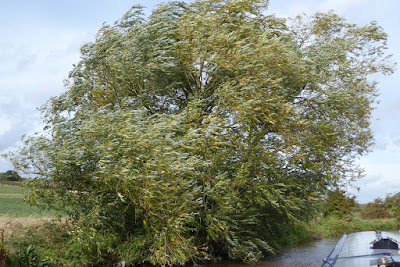 Corrugated metal sheets were lifting off the roof of a farm building, banging and clattering as they fell back.

The flag at the Samuel Barlow, Alvecote, hung on by a thread. 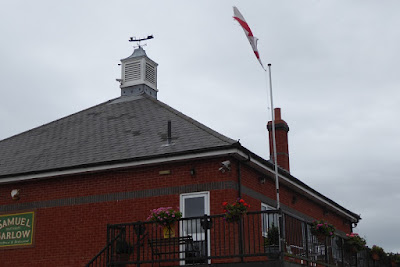 The water in the marina looked distinctly choppy. 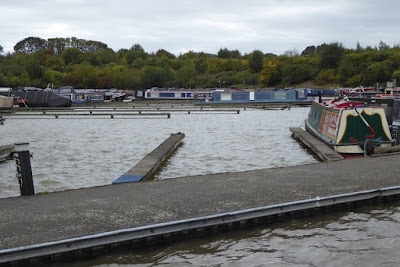 Even my coffee had waves. 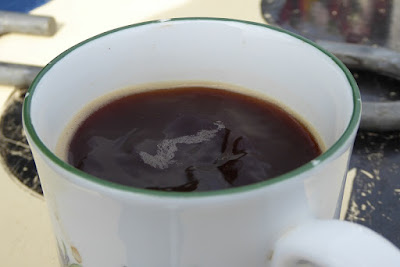 And our BCF burgee flew like it has not flown before. 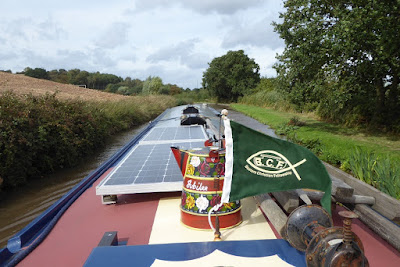 But I'm jumping ahead. Before we set off I helped Graham on Dawn Run (and another single-hander ahead of him) up the locks as far as Lock 5. 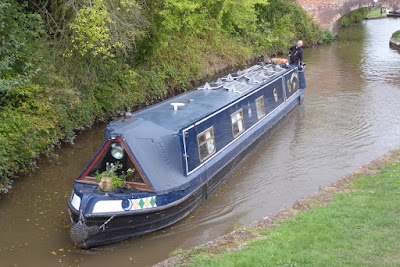 When we got going the wind certainly made it interesting. There was a certain amount of debris - mainly leaves - being driven into our faces, and my hat struggled to stay on my head despite the string round my chin. Some parts were sheltered, giving a respite, but the wind really made its presence felt in open spaces. Passing Alvecote Marina was where we received the most buffeting. At one point I saw a mass of leaves fall into the water ahead of me; when I got to it I saw that they were attached to a branch several feet long and 1.5 inches diameter. My hat wouldn't have provided much protection.

The crew of one boat we passed were concentrating so hard on steering that my "Good morning" was totally ignored. I could hardly have been closer to them when I said it, loudly. Any more of this and I'm in danger of getting a complex. 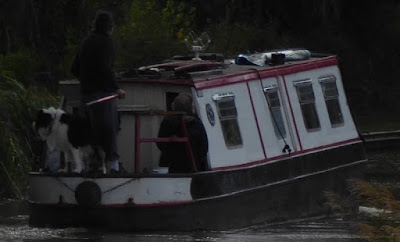 At Glascote we watered up and descended the two locks, the lower one being our last lock (probably) of 2018 (boo hoo!) 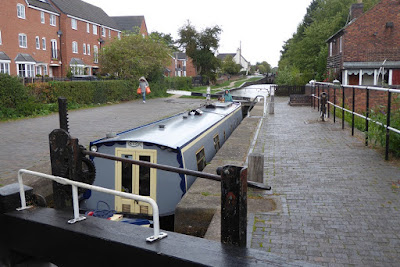 Despite a short but heavy rain shower the sun shone again as we tied up at Fazeley. We are here a few days early for the BCF gathering this weekend. Jan, as Chair, will spend the time preparing for the event and for the committee meeting on Friday.
Posted by Halfie at 23:36