Meeting friends: it's what boating is about

It wasn't the most peaceful of moorings yesterday evening. Until about 1930 that is. We were by the new town of Houlton being built alongside the Oxford Canal opposite Hillmorton. At least they didn't start work too early this morning, but when the diggers etc. started up it was a constant series of reversing bleeps. We didn't hang around. 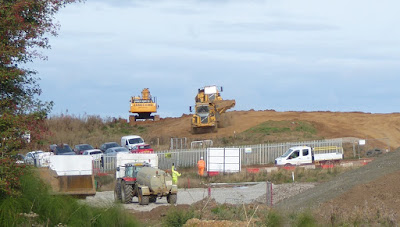 A couple of CRT vehicles in their new livery were parked up a bit further north.

And more old boats. Here's one James and Amy will appreciate. 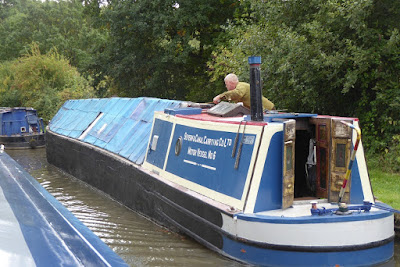 And here's Beaulieu (this photo is out of sequence - it was actually beyond the location of the last photo in this post). 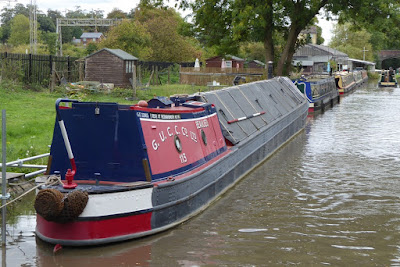 Along the way we saw Derwent6 gleaming as always, so we stopped to say hello to Del and Al. They were just about to eat lunch so we didn't stay long. 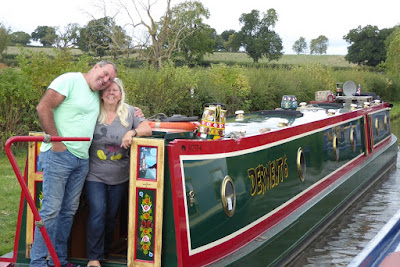 Just as we were about to set off again John and Jane on Ichthus came past. We had stopped to chat to them at Brownsover, now we were to follow them to Hawkesbury Junction. 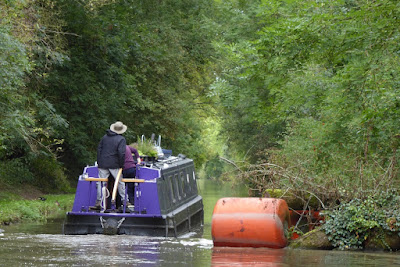 We watered up at the water point on the offside immediately above the stop lock - low pressure. Then to the Elsan point and on to Bedworth where we tied up to Grace and met up with Terry and Christine. Terry very kindly drove me back to Hillmorton to get the car, then they came aboard Jubilee for a meal with us. They supplied a delicious apple crumble.

We shall continue to Hinckley tomorrow to see Andy and Sue on Spring Water.
Posted by Halfie at 23:38