We drove to Froghall yesterday so that I could try to find the Uttoxeter Branch of the Caldon Canal. Well, I found the basin below the first lock all right - we winded here in 2005 a week after it opened - but the rest of the canal was rather more elusive. 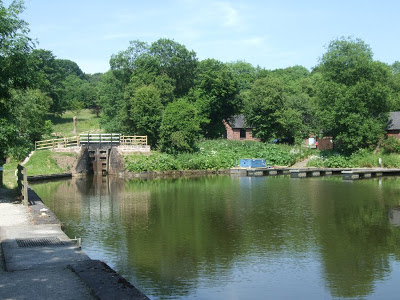 The canal looks as though it should continue beyond the footbridge, but the undergrowth looked impenetrable, especially as I was wearing shorts and trainers. 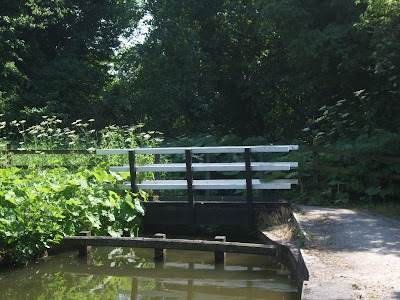 We gave up temporarily, and walked up the route of the tramway which led to Cauldon Lowe (more about this anon).

When we got back to Froghall we walked round to the railway station, where little was happening, and had a good cup of tea at the Railway Inn next door. Then Jan went back to the car to rest her weary head while I set off by myself along the Churnet Valley Way footpath hoping to find traces of the canal.

It wasn't until I reached Oakamoor that I eventually found what I was looking for. An interpretation board drew my attention to the road next to the Cricketers Arms pub: the arch of a bridge over the canal was just visible. 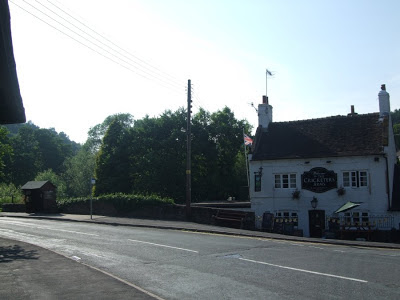 On the other side of the road, full of trees, was a bit of actual canal - just. 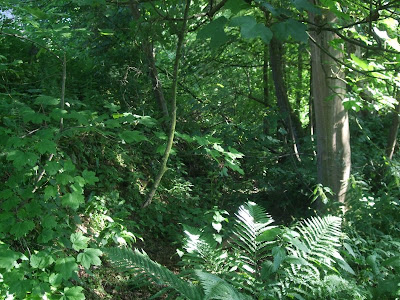 The OS map indicates that there are a couple of short lengths in water further south, between Alton Towers and Alton vilage, but we'd run out of time and we were hungry. Jan drove to Oakamoor and we ate in the Lord Nelson pub before returning to Hartington.

Today we're off to visit Andrew and Bekka in Sheffield.
Posted by Halfie at 10:30