We encountered low water levels along much of the Worcester and Birmingham Canal below Tardebigge. In one pound by Tardebigge Reservoir the level was low enough to reveal two ancient narrowboats sitting on the bottom. 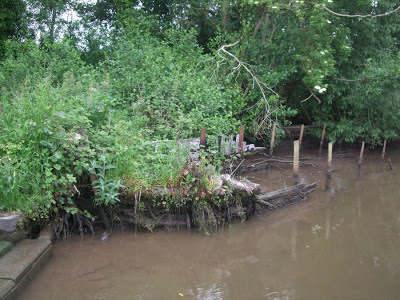 I don't suppose CRT will bother to chase them up for failure to display a current licence.
Posted by Halfie at 22:30

John I have left a comment on your Shadow post. I thought it was the best place to write it as I have no other contact address for you.