Another relatively early start today: we left Sandbach at about 0745. As we arrived in Middlewich we had a very short hail shower but, generally, the precipitation held off. We walked into the town centre and were saddened to see many closed shops. After lunch we set off again, planning to "get ahead" while the weather was fair. Tomorrow the forecast is dire.
We soon crossed the site of the breach of March 2018.  There's new concrete edging, smart towpath and new post and wire fencing, but nothing else to indicate the drama of three years ago. 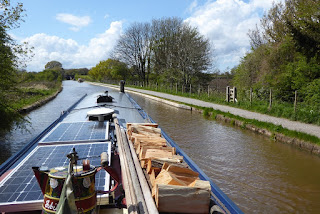 Shortly afterwards we entered Stanthorne Lock, scene of another - shorter and much more recent - closure. 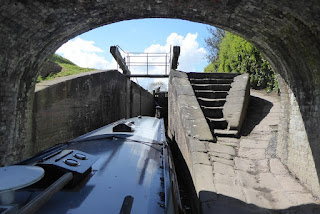 Above the lock we came upon a boat appearing to try to wind where there wasn't a winding hole. One of its mooring pins had been pulled out and the wind had done the rest. 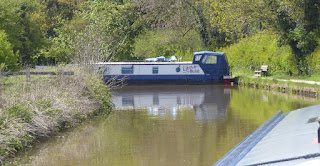 We approached slowly and I pushed it by hand from our bow. When it was near the bank again I disembarked with a shaft and hooked the dangling mooring rope. Thankfully the mooring pin was still attached so I hammered it back into the bank and we got under way again.
As we approached Minshull Lock I could see a pair of old boats.  The one on the outside is Bargus, which we have seen delivering fuel on the Staffs and Worcs and on the Caldon canals.  I can't remember the name of the boat on the inside. 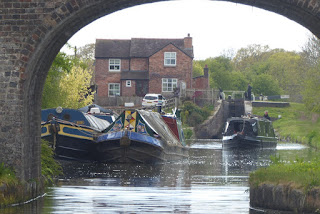 In the lock itself I was struck by how green the water was; especially visible in the bubbly foam as the lock filled. 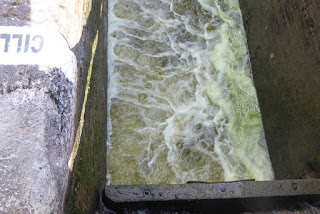 The evening got better and better, with full sun and blue skies. It wasn't very warm, but these trees photographed nicely. 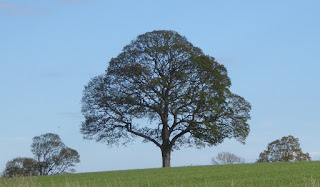 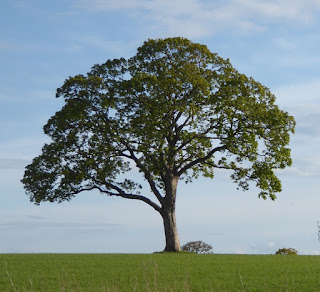 We had determined to get to Nantwich; as we neared we passed Mountbatten towing Jellicoe. 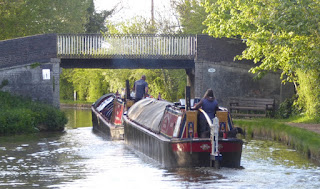 We found a space at the second 48 hour moorings beyond the aqueduct. We're planning to stay here during tomorrow's forecast rain - and Sunday morning's rain.
Posted by Halfie at 22:51