Day 4 of our April 2011 cruise started with an unsuccessful search for the chimney's rain hat which had blown off in the night. When we got going we continued north and west to Fazeley Junction. Here we turned left onto the Birmingham and Fazeley Canal where we looked out for our BCF friends David and Mary and their narrowboat Kew, alongside which we tied up. 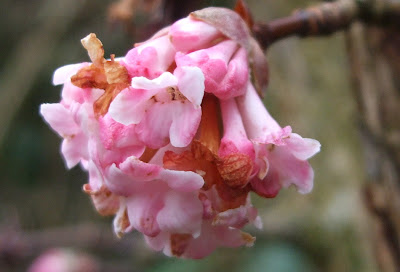 Later in the evening the forecast snow began to fall. This was the dusting outside the back door at 9.30 pm. 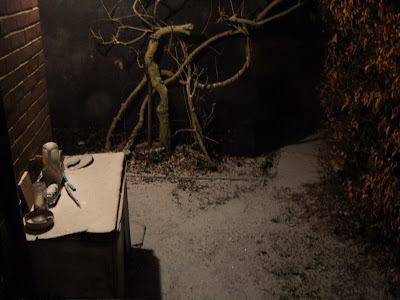 They say we're to get six inches of the stuff. I'll see in the morning when I go to work.
Posted by Halfie at 23:00

Oh... leave a comment then get locked out of the latest video.. LOL
'This video is private'... really? Is it PG rated then? LOL

Should be viewable now, Kevin.