Some of the oak trees at Kimberley Park are rather ancient. One is supposed to date back to 1373, which, I think you'll agree, is pretty old. Edward III was on the throne then (I looked it up).

I don't know if this is the fourteenth century tree, but it certainly has a large amount of canker. That's my rucksack to give an idea of scale. 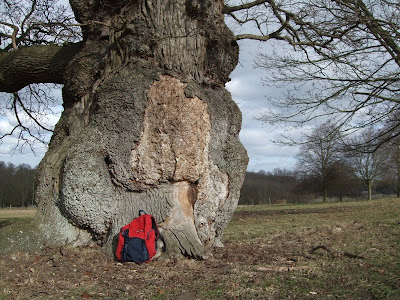 The canker has a pleasing pattern. 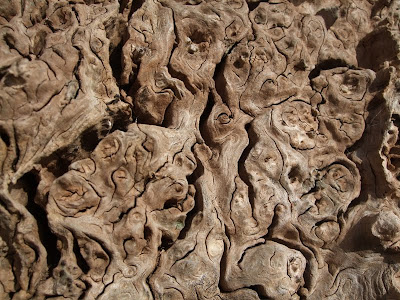 Some of it looks like a sort of solid fungus. 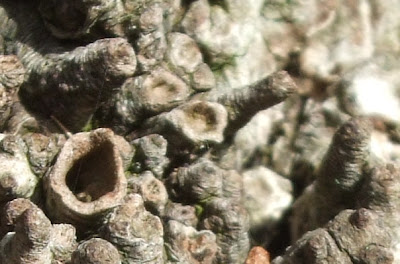 A ladybird gives a splash of colour. 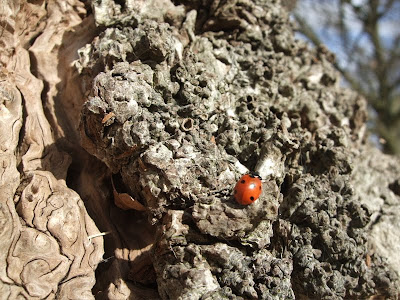 ***************
Boat search update: Nothing much to report, really. Except that I've noticed that there are a few more boats appearing on the market now. Still looking!
Posted by Halfie at 09:00

'as killing as the canker to the rose...' It hasn't killed the tree yet.