Until today I had never seen inside the former Royal Ordnance Depot at Weedon. I shall write more about this below; meanwhile here's a picture to be going on with. 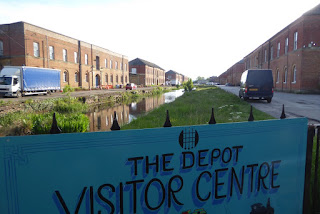 I wrote yesterday about the cow parsley footpath - this is it, running from Butcher's Bridge to Nibbet's Lane. 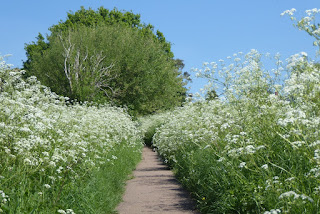 From the path, looking towards Braunston Church, the field is a mass of buttercups. 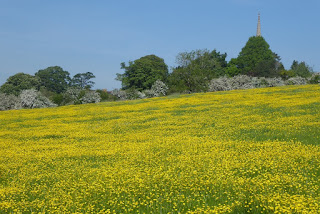 As we had breakfast a stream of boats went past in the direction of the locks, so we delayed starting until they had had a chance to get through. Eventually the traffic seemed to ease, so we waited for a boat coming along behind us and then set off.
We had to wait for a pair of boats in front of us to enter the bottom lock, then it was a slow process as we waited for oncoming boats to use each lock as we left it.
I watched a pied wagtail flit back and forth across the tail of the bottom lock; then further up the flight I managed to photograph a yellow(?) grey wagtail on the lockside. (Thanks to Adam for the correction.) 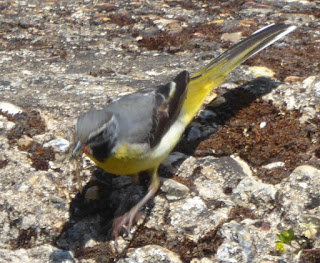 Our passage was calm and orderly, but it took an age. 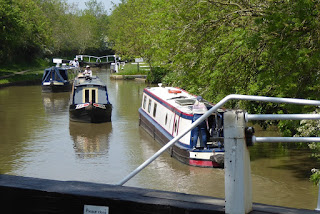 It was a similar story down the Buckby flight. At last we reached Weedon, where we tied up and had tea on board. Then we walked to the former Royal Ordnance Depot where we found we could actually get in to the site. 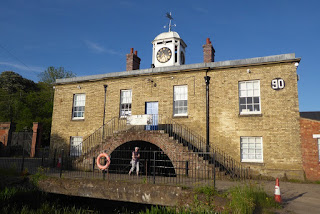 It's amazing! We could walk through the open gates, past an unmanned security cabin and all round the area. The buildings were made to store small arms, cannon and gunpowder. 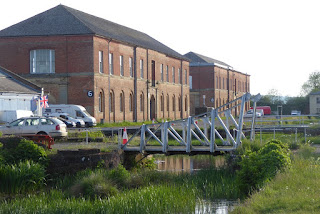 It all looks rather decayed, but the buildings themselves look in good condition. Many now house industrial units.  Where the tarmac and concrete have crumbled away a railway line is revealed. 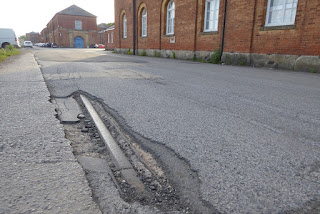 Running through the middle of the site - indeed, the focus - is the former arm of the Grand Union Canal. The level has dropped and it is obviously silted up but, thankfully, it has not been prettified. It is almost as if it hasn't been touched since the last boat left, probably several decades ago. 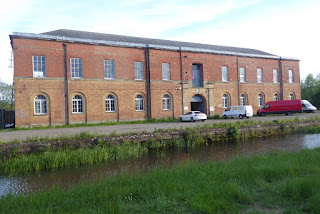 There is more information on The Depot's website here. Look - here's a lovely old-fashioned lift with those rattly cage-like doors! 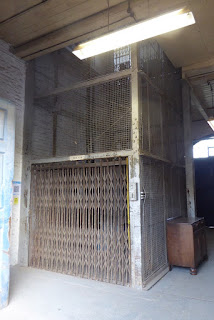 And, finally, another view of the Ordnance Canal. 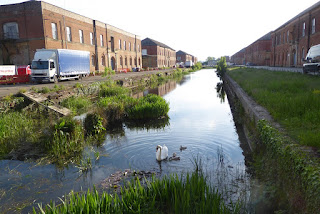 Updated for correction
Posted by Halfie at 22:47

If you go during trading hours, there's an book shop in one of the Weedon buildings complete with a coffee shop, so you can see the inside.

I believe that's a grey wagtail. The yellow one is yelloewer round the head and has a green back.

Adam, top tip re. Weedon. And thanks for the bird ID.