Stove lighting time, but, oh dear, the glass has fallen out 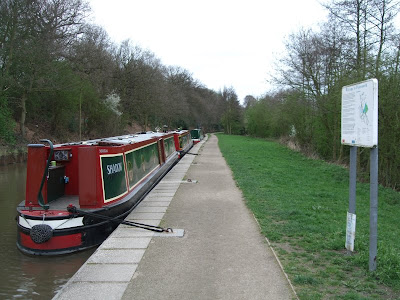 Day something of our pre-Easter cruise (OK, it's the second full day). We are now tied up at Polesworth on the Coventry Canal. We would have made it to Fazeley Junction had it not been for the two hours we stopped to get the stove door fixed.

Yesterday I cleaned the stove door glass ready for lighting the fire. As I did so the metal clips which hold the glass in place disintegrated and the glass became loose. No problem. All I had to do was loosen off the nuts, put a couple of washers in, and it would be fine. Except that the nuts wouldn't turn. Well, one did - but it took the stud with it. Ah.

So today we set off from Sutton Stop at 0855 and stopped at Star Line boatyard in Nuneaton to ask if they could fix it. Yes, they could. And they did, for £30. 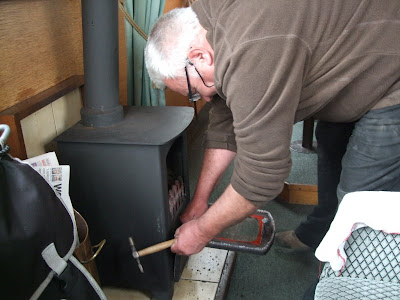 While at Star Line, I spotted some bow and stern ropes for £30 and £20 respectively (10m and 6m). Were those good prices? The current ropes on Shadow are too thick and too short. (And somewhat frayed!) I think perhaps I should have bought them.

We also chatted to Alan who was having a 70' boat built there. He's found a Gardner 3LW for it. We'll look out for Mystique next year.

And now a couple of photos from earlier in this trip: 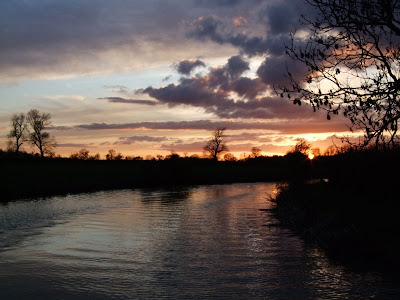 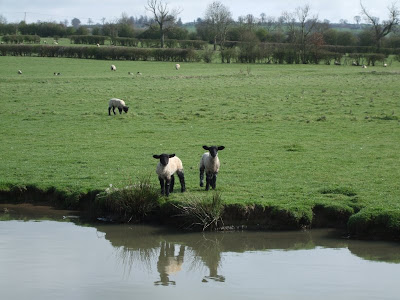 two lambs on the Oxford north of Braunston
Posted by Halfie at 23:22

think a trip over to funeaton to pick up some rope.
i got five meters from limekiln in stouport in an emergency last year, when the stern line broke cost £20 quid
though it was in a nice red, gold and green

Eddie, stop! The ropes are not made of sisal, rather nylon. I did go back to buy them though - and they seem to be very good. Much better than the previous ropes!

Jaqueline, yes, they're interesting aren't they? Are they black sheep with white wool, or white sheep with black faces?

Eddie, I've just re-read my post, and I didn't claim they were sisal ropes. I wanted to be sure I wasn't misleading you!

I think they are good value, though.