Meeting friends on the cut; nearly losing an Elsan cassette

Oh dear - no blogging for three days. Various reasons, mostly that it got too late in the evening and I was too tired. Now we are on a lock-free stretch and Jan is happy to steer while I try to put some words to the photos I have taken.
And it's a good job I have the photos or I would struggle to remember what we did!  It seems a long time ago that we were on the River Trent, but it was only Tuesday.  I mistimed our departure from Sawley, with two boats passing before I untied.  There they are, in front of us, as we go through Sawley Flood Lock. 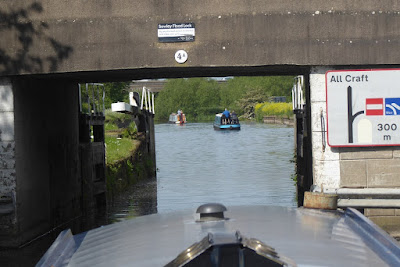 Sitting on a float forming part of a weir barrage was a bird. 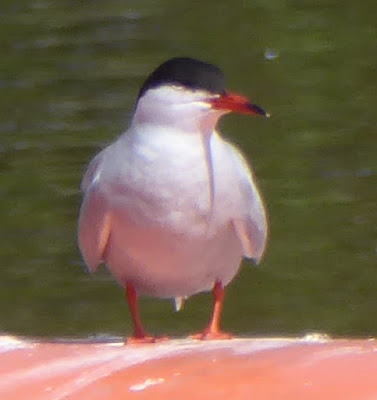 I don't know whatr bird this is. 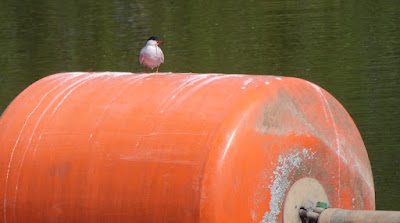 It posed obligingly for my camera. 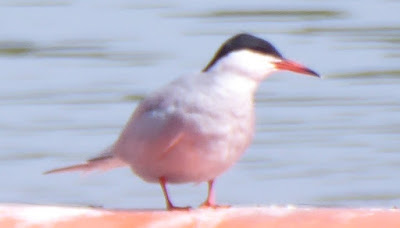 I'm fairly sure this is a new sign pointing the way to the Trent and Mersey Canal. And the signage on the front of the Clock Warehouse at Shardlow has been redone too. 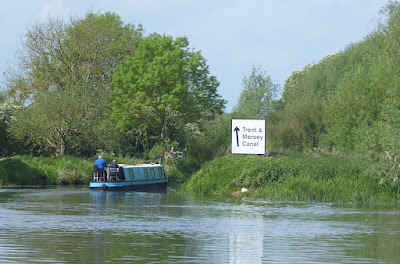 I spotted this tortoise (turtle?) swimming along too late to get a decent photo. 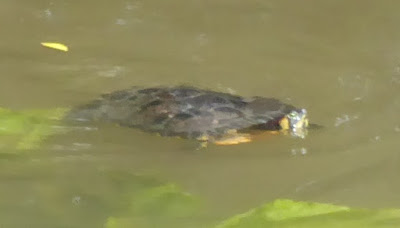 Not long after this was a field of confused-looking geese. 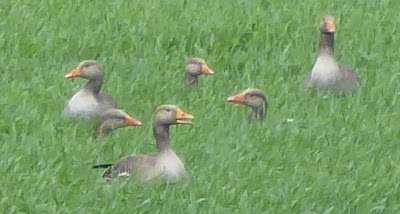 In a cage at the back of a boat was a pair of owls. 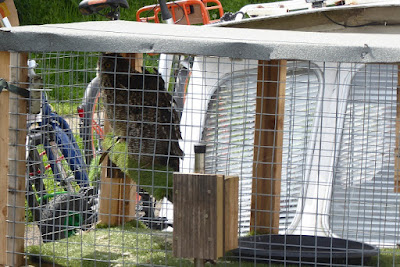 To my mind the cage seemed far too small. 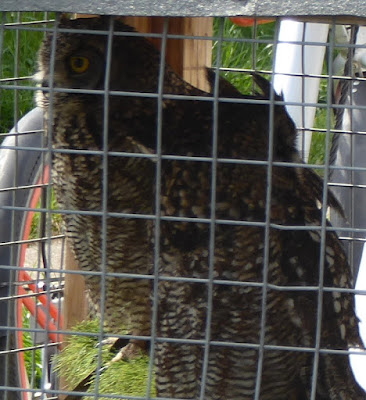 As we approached Mercia Marina I spotted a familiar-looking boat. From reading their blog I knew that Free Spirit, with Ian and Irene, was heading our way. 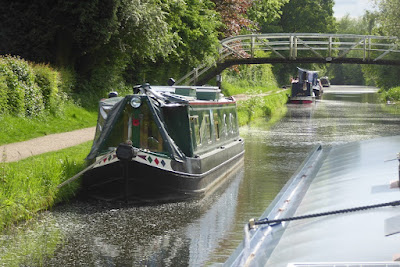 We stopped mid-channel for a chat - it was good to meet up again. Incidentally, this photo clearly shows a problem which has developed with my camera. That is not a great black thundercloud in the sky, it's the lens cover not fully retracting when the camera is switched on. 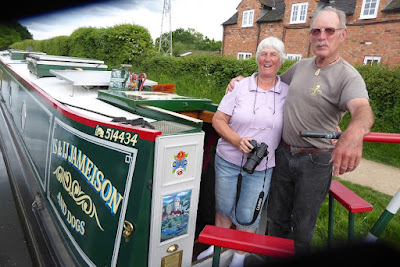 So Irene and Ian were the first blogging friends we met on Tuesday; next up was Willington-based Andrew Denny of Granny Buttons fame.  We invited him for tea; he declined the food but we shared a chat and a drink.  It started to rain as he came on board. 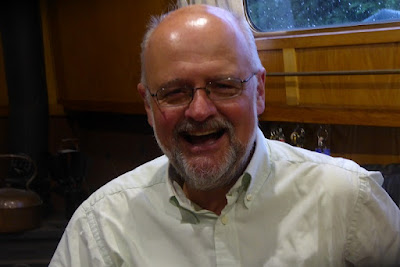 At Horninglow Basin we stopped for water and Elsan. WeI nearly left the emptied cassette behind. When we arrived there was a boat already there, moored correctly at 90 degrees to the line of the canal. We pulled in opposite the towpath to attend to the Elsan. When the other boat had gone we pulled Jubilee round and watered up. It was only after I'd reversed round again to go that I glanced across and saw our empty cassette. Phew!
Shortly afterwards we called in to Shobnall Wharf (Marina?) for diesel.  Yes, I should have reversed in.  There is a nifty means of raising the small footbridge across the former Bond End Canal: an electric motor lifts the bridge into the ceiling. 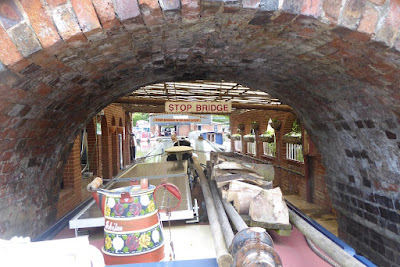 Had I been able to buy 50 litres it would have been at the good price of £1.19 per litre. As it happened, we had done only 29 engine hours since the last fill-up at Debdale Wharf Marina and it took just 34 litres. 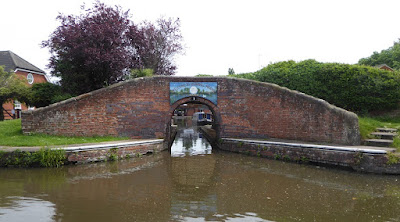 That's a consumption rate of less than 1.2 litres per hour. And that is due, in part, to my new practice of running at a cruising speed of 1000 rpm, in the past I used to run at 1100 rpm. Another factor, of course, is that we were coming with the flow of the Soar. 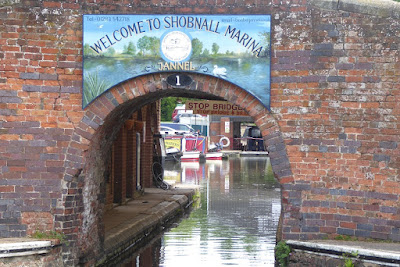 On the stretch by the noisy A38 a pair came past: the motor was towing Nebulae. 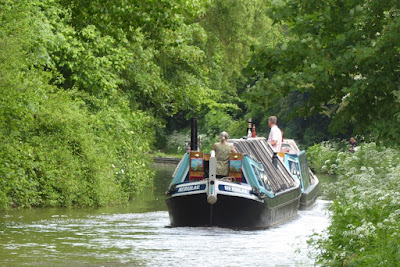 We hadn't finished with the Trent. Between Wychnor and Alrewas the river becomes the navigation. These cows came down for a paddle ... 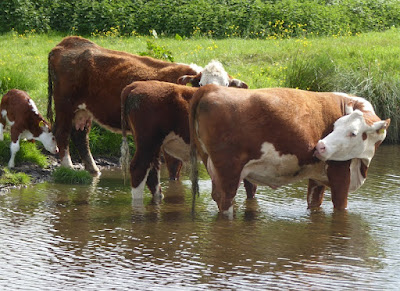 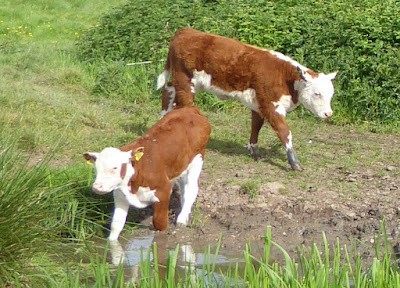 At Alrewas we tied up for the night. We went for a walk round the village, bought a reduced pizza from the Co-op and had tea. Not the pizza - that was for the next day's lunch.
Posted by Halfie at 15:31

For many years I used a succession of pocket sized cameras that I could keep safe with a neck loop but each of them developed the same problem with the lens cover as you have. Since just before the pandemic, I switched (at the start it was temporary!) to using and old mobile phone - works well but has no sim card - but actually takes better pictures than the 'proper' cameras, at least for when on the move - no optical zoom but using that whilst steering is not easy anyway - and it is unlikely that we will return to a new camera any time soon, not least because they no longer have GPS in them. I am told that the 'better' pictures are probably because the phone has significant processing power which the cameras do not have.