At Minworth Locks there was work going on to improve the towpath for cyclists. As one who often uses towpaths for this very purpose I have to say that a wide metalled surface makes a huge difference. In all the car shuffling I've been doing this year I have so far cycled from Fazeley to Gayton Junction via Birmingham, Stratford-on-Avon, Tewkesbury, Droitwich, Birmingham again and Leamington Spa. All the cycling has, of course, been done in shortish stages and in the opposite direction to the boat. 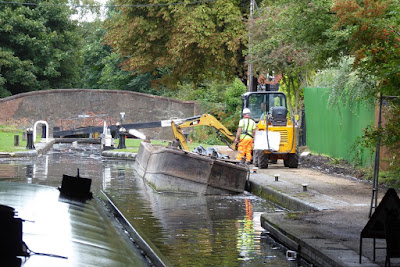 I should have taken a photo of the finished path. It looks rather clinical freshly blacked (you'll have to take my word for it). More like a footpath in a brand new housing estate than a towpath, but it'll soon acquire a used look, I'm sure.

Speaking of which, just before Minworth Top Lock was a new housing estate. The building on the right is what's left of the Cincinnati Building. Just discernible on the faded huge sign are the letters (N)CI(N). It looks as though a new wall has been built where the building has been cut in two. 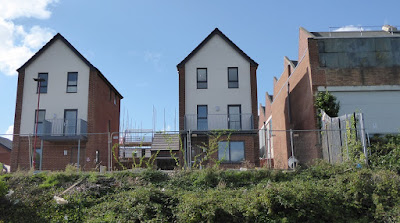 After a wet start the weather improved, with plenty of sunshine. It was a bit breezy, though. Here Jan is looking after Jubilee through one of the Curdworth locks. 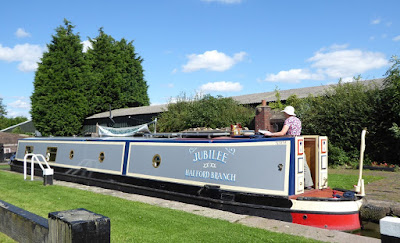 Now to the "milestone". No, it's not my birthday. The Volvo 240 reached 200,000 miles on the clock as I was driving between Tyburn and Fazeley. 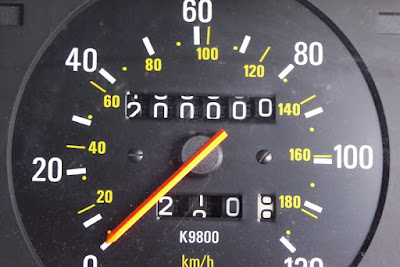 This is a mile later, where the numbers have more or less settled down. 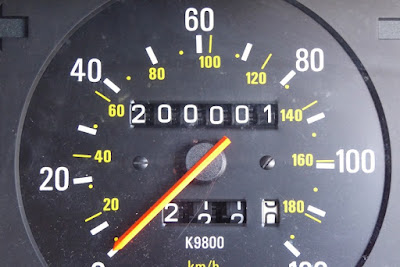 I suppose the next boat "milestone" will be 5,000 hours on the engine hours counter. Tomorrow we will put a few more on as we travel from Fazeley to Alrewas.
Posted by Halfie at 23:53