Warwickshire, where cars grow on trees 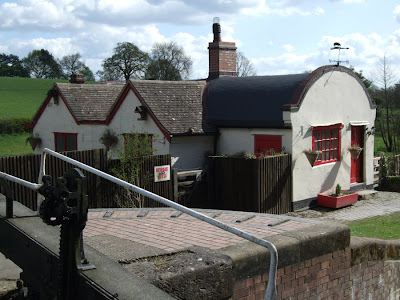 lock cottage on the Stratford Canal

We are now a little behind schedule. Not that it matters, as I built in some extra time towards the end of our trip. Today we were supposed to have got to Stratford-upon-Avon, but we actually stopped at Wootton Wawen, with Stratford about five hours distant. As this is a there-and-back "spur" we could turn round at any point if we need to save time. 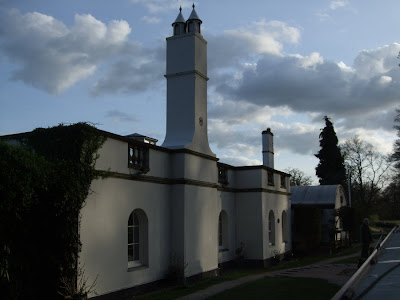 We set off from Bridge 5 on the Stratford Canal a little before 0800, and didn't stop until Lock 28. Some of the paddle gear is quite heavy and low down, so it was harder work than I anticipated. After half an hour or so we got going again, and tied up for the night at 2000 - still in daylight (just!), having done 36 locks and 16 miles.

Most of today's travelling has been though peaceful countryside. 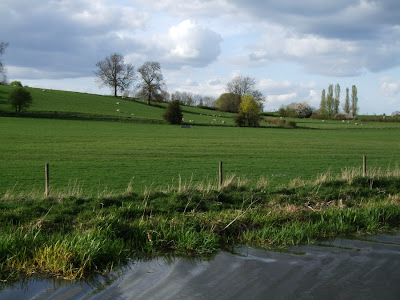 At Preston Bagot (I believe it was) we saw a strange object in a tree. 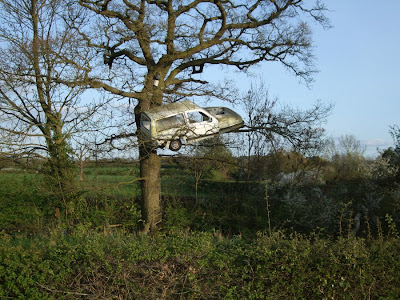 In front of us this evening is nb Harnser, but I don't think it's Brian's boat (there are at least three similarly sized narrowboats with that name). No-one seemed to be in, anyway, despite the smoke emanating from the chimney. Perhaps they were in the pub, the Navigation Inn, where there was a quiz in progress when we went for some food.

Now Stratford is seven miles and 17 locks away. I'll keep you posted as to what we do.
Posted by Halfie at 23:31

Brian is blogging this week from the Oxford canal, so it's a different Harnser.

Thought so. The names on the Buckby can are Peter and Kate anyway.