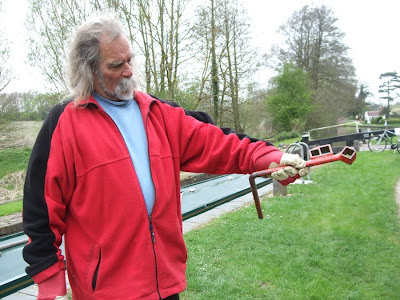 Forget your ratchet windlass ... or your extending-arm windlass - if you want an all-in-one long-throw and short-throw windlass just do as Michael has done and weld your own. 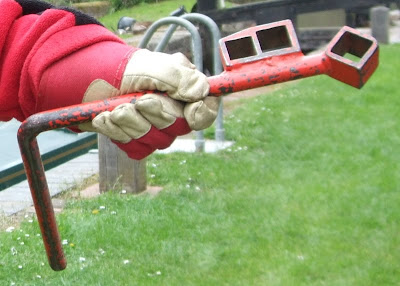 We met Michael and Kate (?) at Lock 26 on the Stratford Canal where I spotted their unusual windlasses. 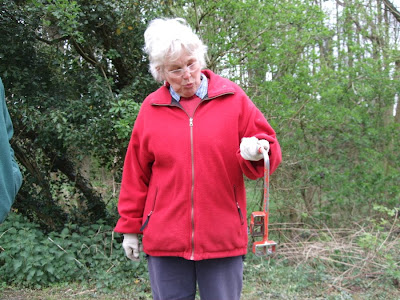 It's such a brilliantly simple idea: take a long armed windlass and weld the sockets from a donor windlass onto the arm at about the conventional distance for a short armed windlass. This will now work in all situations: if extra effort is needed on a stiff ground paddle or a heavy lift bridge then use the appropriate socket at the end; if it's a heavy gate paddle, where a long-throw windlass wouldn't get round - or would graze your knuckles on the balance beam - start it off with the end socket, then use the inner socket. The entire arm will now clear any obstruction.

The windlass is, of course, heavier than usual, but if you find you often need a long-throw windlass then perhaps this might be for you.

On the subject of windlasses, my hands are pleasantly hardened from working the 233 locks of our recent trip. (Make that 232 locks worked: one was the King's Norton Stop Lock, where both guillotine gates are permanently raised.) I wonder how long it will be before they become softie Southerner's hands again. And, for that matter, how long before my boater's tan wears off. 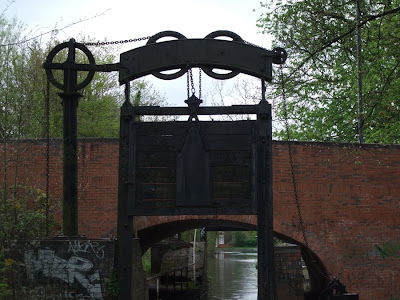 More about Michael and Kate (if I have recorded her name correctly): they were moving a boat down to Wootton Wawen for Anglo Welsh. They do a lot of boat moving for them - as well as frequently hiring from them.
Posted by Halfie at 22:36

That's what I call creative!